The Paradox of Politics and Cost/Benefit Ratios 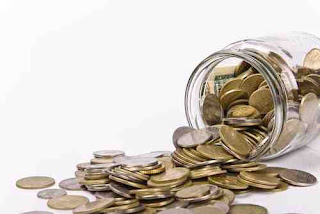 Many column inches (or should that be centimetres) have been allocated to the utterances of Mr Barroso on the 'in's and out's' of an independent Scotland and the EU.  To be fair to the EU, it's a difficult position to address since until the outcome of the 2014 referendum is known it begs the question of whether any effort or cost should be expended on the problem until it exists as fact.

The problem is the campaigners for the Better Together camp - having already discovered their armoury devoid of positive, even pragmatic argument, have fired off this premature salvo in order to force their EU allies to do the fighting for them. (This is not an entirely new strategy for Westminster - Waterloo, Wellington claimed the victory the Austrians did the fighting.  Anglo/Irish agreement 1920 - give in to most of the demands but stick on the oath to the King, then watch the scoundrels tear themselves apart.)

With this in mind I thought it might be worth trying to get at least a ball park figure on the costs and benefits associated with these alliances in the 21st century.  (Here I have to admit to not being the most astute or diligent of researchers - but the path of analysis is not helped when confusion, either by design or bureaucratic traits, liquidise the component parts into a straw-sucked gruel.)

Anyway, here's what I managed to extract from the Bruges Groups 2008 analysis:

£3.3 billion value of catch lost to the UK by CFP*

In the same year (2008) the UK benefited from £5.2 billion of Eu spending.  This is usually deducted from the gross contribution.  £2.4 billion of that was for agricultural subsidies - part of CAP.

(I couldn't find a direct comparison between the UK CAP subsidy and that of France - historically France has been the largest (in bulk monetary terms) beneficiary of CAP subsidies.  In 2004 France got 22% (Euro 10.5 billion) while the UK got 9%.

In effect, the much vaunted single market amounts to harmonising a heavy burden of regulation across the EU in order to ensure that EU businesses are equally handicapped.  If you find that hard to believe, the EU commission itself has estimated the EU regulation costs at 600 billion Euros a year, while the savings from the free market amount to only 180 billion per year.

In 2006 the Swiss Government instigated a Cost/Benefit study in order to analyse the pros and cons of adopting EU regulations.

The report concluded adopting full EU regulation would cost between six to nine times the costs of administering their existing bilateral agreements with EU countries.

The UK Government has never carried out (or if it has, it has never been published) an official cost/bebefit analysis in relation to its membership.

So why is the UK in the EU?

I accept 'values' can be difficult to define - for instance do we feel safer in our beds by being part of the EU?  Has the EU earned its Nobel Peace Prize by maintaining peace in Europe or is that peace a result of more pragmatic and populace consensus?  Has it shown compassion to its members on its southern flank or sacrificed them to the dictums of global corporate capitalism?  Or have they been merely sidelined while the EU takes the initiative to consolidate its Supra National aspirations?

Add, deduct or comment as you will.  By definition that is how we form and evaluate values.  But surely it is the responsibility, nay duty, of all governments (and in Scotland's case - all aspirational governments) to know how much is going out or in to their public's purse in order to acquire and sustain these values. Excuse a simple analogy - if you mix your 30 year old single malt whisky with dry ginger - you have not only wasted it cost-wise but have distorted and diffused its provenance.

Having scavenged for reasons within a brain gifted yet perplexed by nature being constantly bombarded by the mediocrity of nurture I have come to my own personal gut tentative conclusion as to why the UK is in the EU.

It is hobris.  Westminster's Establishment's mantra of the UK punching above its weight - its passion for a seat at all the top tables irrespective of principles or cost related to its domestic policies and the wellbeing of the people and nation they supposedly, and are well paid, to serve.  That's it, nothing more than ego inflating vanity.

Take heed SNP; you may lead us out of the Union, but you cannot keep, or take us into the EU, without full Freedom of Information.

As yet, you have neither plebiscite or mandate for that.

In response to your first paragraph, I would have to argue that …

Democracy dictates that the Scottish electorate should be made fully aware of all the salient facts prior to any vote; not after.
So I would argue that every effort should be expended by one, other or both factions to ascertain the true facts regarding EU membership.

Mr Souter, am I reading this correctly? - It cost the UK £65 Billion to operate as an EC member state, with less that £6 Billion coming back in as benefit in 2008?

Now I know Buster Brown gave the gold away for sweetie money, and we're building aircraft carriers, but can't afford to put planes on them and we're fighting in wars that are just stupid and the bullingdon approach to wealth generation for the nation is more than a bit wanting - but this EU deal seems to be a real dandy operation and I’m sure Bob Newhart of Sir Walter Raleigh... introducing tobacco to civilisation fame, could give any of these scenarios a real go.

Then again…we have the CPPR of Glasgow University plumbing the depths, to come up again with quite illogical and totally pessimistic forecasts for oil potential in coming years and we see where these deluded politicians could be getting their barmy info.

But given all that’s gone over the dyke, as above – it looks like they couldn’t run the proverbial sweetie shop never mind get us out of the chronic economic mess they’ve somehow managed to create all on their own.

Then again …£65 Billion in and £6 Billion back out is absolutely screwball – Doncha think, they should all be locked up pronto?

I have edited your charming text into 2 words.

If you read Ms Sturgeon's speech the other day there will be no chance of any conversation on whether we join the EU post indpendence. She isn't interested in what we have to say and says she will be arranging to join between 2014 to 2016 as the negotiations with Westminster take place simultaneously.
The EU stood back and watched thousands slaughtered in the former Yugoslavia before NATO/US stepped in and stopped some of it.
The EU is now sniffing around Syria trying to stir things up there. And of course there's the EU sanctions against Iran. The Iraq sanctions cost 500,000 lives so the same will befall Iran.

1815. Waterloo? Austrians? Field Marshal Blucher and his men were Prussian and proud of it. See "Prussian Glory" on Youtube. Apart from that any figures from before 2012 based on earlier theoretical stats and assumptions are as dust in the wind. Most of them were unreliable in any case. As for forecasting its a little like relying on a GPS for a foreign city in thick fog.

JRB - hold my hands up - never could remember the difference between my Pruss and my Aus!

Agree with your main point, but consider it can be done between 2014 and 2016 (likely date of independence?)under a second referendum once facts are known.

Barontorc - To be fair the compliance cost is amortised over all business - some probably have more - others less.

However the costs/benefit ratios are confirmed by the EUs own figures (obtained from the EU of 6/1.8 billion)

My argument is simply we need to know the costs in order evaluate the benefits. And, I whole heartedly agree there numerous other issues where creative accountancy needs to be forensically audited and balanced with value.

Barontorc - Re: the CPPR/OBR revenue analysis for circa 2016 only has relevance if all the latest licence bidders were to start development and their costs were set off against production for the same period.

Lord Monty - I've read her speech and from an SNP point of view found little to argue on it.

That said I have always argued the SNP have earned the right to take Scotland to independence. It has yet to earn the right to govern an independent Scotland.

Demetrius - I would argue all statistics are dust read as runes from a vacuum cleaner - so 2006 -2008 -2012 make little difference other than proportioning average averages.

John..I'm surprised that you have little to argue on the speech. Why did you do all your EU costings if you agree with the speech ? The speech makes clear that we're going in, irrespective of what the people think or how much it costs. Implied consent of the people is taken for granted...

"Following a ‘yes’ vote in 2014, a process of negotiation will take place with the UK government on the transfer of powers to an independent Scottish Parliament. As I said last week, it would be the intention of the Scottish Government to invite representatives of the other parties and of civic Scotland to contribute to that process. It is a process that we would intend to have completed in time for the next Scottish election in 2016. However, in the period between autumn 2014 and May 2016, Scotland would still be in the UK and, therefore, by definition, still within the EU.

In parallel to negotiations with the UK government, it would be our intention to negotiate the terms of an independent Scotland’s continuing membership of the EU."

No mention of the people being asked. Previously in the speech she says that she basically has implied consent after various manifestos etc.
We'll just transfer our power from London/Brussels straight to Brussels instead.

Lord Monty - I went to the trouble because I could find no evidence - other than the Swiss study - of any country carrying out an analysis of the nitty gritty of EU membership.

While we get an avalanche of figures both national and from Brussels they are all notional and have little reference to the gross or net contributions from all the member states. Which begs the question - where does the rest of the EUs money come from?

Ref the SNP position - while I can understand their desire to appeal to as broad a church as they can in order to get the referendum result they need - when all's said and done it is the fulcrum they need to have any leverage between 2014 and 16, and they do have a mantra, often repeated, that its for the Scottish People to decide.

John..the speech to Mr Barroso says that ..."in parallel to negotiations with the UK government, it would be our intention to negotiate the terms of an independent Scotland’s continuing membership of the EU."

It seems quite explicit to me.

I think the word 'negotiate' is key here.

I'd rather not go into the EU but, if a deal that is impossible to refuse is 'negotiated' then it would be hard to resist. I don't think its ever a great idea to rule things out purely on ideology.

(Although I take your point, there would have to be significant changes to the settlement for Scotland.)