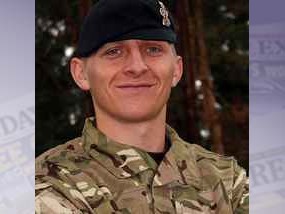 Cpl Stanley, of the Queen's Royal Hussars (The Queen's Own and Royal Irish), was wounded on 3 February, when he was on patrol in the Pupalzay Kalay area east of Lashkar Gah, Afghanistan.  He was caught on an explosion from an improvised explosive device.

His mother said" "He fought so hard to stay with us and the devastation we feel cannot be described. The world is duller without him and heaven brighter."

408 British troops have now lost their lives in this futile war.
Tweet
Posted by subrosa at 00:12