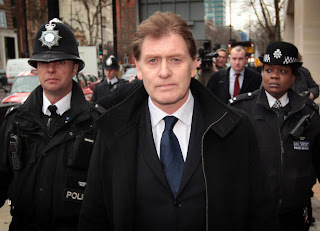 Surely he must resign now?

I don't believe he was 'got at'. His downfall was create by his own hand.
Tweet
Posted by subrosa at 09:22

I wondered about a conspiracy when I recalled that shortly before the events took place in the Strangers' Bar the popular Top Totty beer was replaced by Kangaroo Court. However, both are ABV 4.0%.

It must be a first for anybody to commend to Mr Joyce and other MPs the example of former Speaker Martin, but I will. He is a lifelong teetotaller. Until, it's safe for airline pilots to drink on duty, politicians should follow suit.

- Mr Joyce openly admits his wrong-doing.
- The courts have found him guilty of said wrong-doing and sentenced him accordingly.
- His parliamentary party aware of this wrong-doing have suspended him prior to expulsion.

Acknowledging all of the above, and as a direct consequence, Mr Joyce has declared he will stand down in – 2015

If Mr Joyce’s finds it appropriate that he should stand down because of his wrong-doings then the time for that should be NOW ! - not 2015.

… or does a few extra years income take precedent over an erring MP’s morals and scruples.

That Daily Mail article said that his young girlfriend had a poster of Alastair Darling on her bedroom wall.
There's no hope for us. We're doomed ;)
It also said that Mr Joyce went to America for anger management training. I'd ask for a rebate.

At least Joyce has not (yet) given a kiss-and-tell interview.
He is adopting the approach Bill Clinton took in regard to his M.L.
I'm not condoning Joyce's behaviour, but by her own account the feisty Meg Lauder knew what she was letting herself in for.
The lapse of judgment was as much on her part as Joyce's.

You spoke too soon Hamish...

I remember that Charles Kennedy got into trouble after he opposed the Iraq war.

Perhaps she offered to help with his election.

He said earlier in the week Brian that nothing sexual had taken place when the lassie was 17. Now the young woman says the opposite.

I think I believe the young woman.

You're right JRB. The title should have been 'another dishonourable MP'.

We're doomed indeed RM. Maybe the US couldn't cope with him. We provide good anger management courses here, why the US? Did we pay?

However he lied about his affaire with her. It's the lie that disgusts me.

I remember that too Aangirfan and I know MPs usually look after their own, so there could be a slight whiff of 'push' about it. Political pushing usually works well.

I knew the chap was a lush but hadn't read about his seedy dalliance with the young woman. Drunk and his NSIT* attitude to women puts him beyond the pale.

*Not Safe In Taxis.

He's a complete saddo who has let the drink take over his life & who in complete saddo ways thinks he can interest a girl much younger than his age. However I doubt there was a sexual dalliance. He wouldn't have been capable for a start.

I thik what has happened to him is a great pity as once he was a Major & a man that you could respect. Now he is nothing. What a trajectory to go.

By her appearance in the Daily Mail I think the girl is milking it for all she is worth. Which is probably not much.

He has serious problems Brian and has had them since schooldays.

He was convicted of assaulting a teacher at Perth High School in 1977.

I don't know how respected he was when in the army Observer. Certainly he doesn't seem to have been respected by his colleagues.

Aye Observer, I thought her graphic descriptions were rather erm... scene grabbing. Particularly in the DM.

I didn't know that either. What annoys me is that he was given a second chance to join the Black Watch as a Private - once any less serious convictions are spent and the person has kept his nose clean, the Army reviews applications on a case-by-case basis - many tearaways have been successfully turned around and become decorated soldiers: much of the SAS starts off with a second chance.
It seems, despite his RE degree and Education Corps commission, he learned nothing and gave nothing back. Very disappointing.

That fact annoys me too and it brings the military into disrepute in a way Brian, just because they gave him a second chance.

These days few of the SAS start off that way. I think the army have learned lessons.