Labour and the Libdems managed to have their spring conferences on the same weekend. A feat of organisation some would say and others, the cynics amongst us, may think it was down to a lack of communication. I'd go with the latter because no political party wants to share publicity with another.

Nick Clegg and Michael Moore spoke to the faithful in Inverness but had little of interest to say. I have to be honest - the little I did see of the Libdem leadership was only more feeble requests for the referendum to be brought forward. Congratulations must go to Caron for her debut on the Sunday Politics. She stuck hard and fast to the party line and Willie Rennie should be grateful to have such support.

Dundee should have been full to the brim with Scottish Labour supporters this weekend but that wasn't the case. This past Saturday was no busier than any normal Saturday and few people seemed to realise the leaders of Labour and Scottish Labour were coming to town. Changed days. Only a couple of decades ago most Dundonians would have shown some interest in the visit of their then rulers.

Ed Milliband and Ms Lamont didn't have much to say for themselves either, other than the usual 'we need to win back the trust of the people' and 'separation is bad for the soul'. Johann Lamont reiterated her lies about the new Forth Bridge contracts and mentioned Labour were to set up their own wee anti-independence talking shop.

Both Labour and the Libdems repeatedly called for the referendum to be held 'sooner rather than later' but neither party can agree on who will lead the No campaign and what its key messages should be. One message from both conferences was that any agreement still looks a long way off.

The SNP didn't escape the Sundays either with the Scotsman revealing the (alleged) murky past of one of their MSPs.  Rightly, the SNP immediately suspended Bill Walker, while they investigate the matter more thoroughly. The Scotsman may have questions to answer too now that Lallands has uncovered this little piece of dusty legislation.

The weekend of politiking was overshadowed by the untimely death of QC Paul McBride who is thought to have died from natural causes in his sleep during a business trip to Lahore. His friend and fellow QC Derek Ogg described him as a 'star'. A fine tribute indeed. 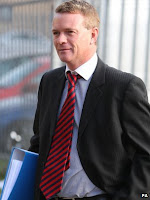 Well! – you learn a little something every day.

So the Scottish Liberal Democrat’s spring conference was held here in sunny Inversneky.

You would never have known.

If the party faithful can’t work up enough enthusiasm to make their presence felt in and around the city, then there is little hope of them winning new support, let alone maintaining what support they have. Where were the party grandees, even our local MP? They were whisked in; said their piece; then whisked away. No doubt it was felt that it is fine to ignore the people, TV and media coverage is all that is needed

If ever an event was a non-event then this Scottish Liberal Democrat’s spring conference must rank highly – but then, most things associated with the LibDems are pretty rank these days.

It was reported that the wi fi failed at the Caird Hall in Dundee and journalists had to walk to the local cafes to send their reports. Maybe it was too much hot air burning out the server hub . Or Maisie pulling the plug to do the hoovering.

'The Scotsman' pulled the plug on your link SR. Can't have been anything we've said about them lol ?

Sad news about Mr McBride. He seemed to be switched on and focused. A talent we seem to have lost in Scotland. He seemed to be involved in a lot of different subjects (Lockerbie, Celtic sectarianism, independence debate etc ) so there will be a huge gap in our knowledge with his passing.

I listened to some reporting on the various speeches being given.

I came to the conclusion that they weren't Labour or Lib Dem party conferences at all, they were just Obverse SNP conferences.

What is the point in having a Labour spring conference (for example) if all you're going to do is talk about another political party, same goes for the lib dems.

Maybe there was a lot of policy chat, if so, it wasn't being reported.

Aye JRB, I believe you're right. Just had an email from my Inversnecky friend and she said the same.

Obviously neither party improved the economies of their relevant cities.

I've had connection problems myself the past few days RM and only just read that in the Courier.

The Scotsman link works fine for me RM. Let me know if it's still dead for you please.

Aye, McBride seems to have been highly regarded. Sad to hear of someone dying so young.

Good assessment pa_broon. These two conferences were a waste of money and as JRB says, with the heid bummers flown in then flown out...

It's certainly in fewer veins these days Demetrius.

Its an intriguing situation...

We have opposition parties verbalising the very many ways in which independence 'probably' wouldn't work while extolling the virtues of a system that definitely isn't working.

I was also listening to John Deegan on Radio Scotland this morning (on gay marriage.) A microcosm of the wider political situation, he seemed to think if he said something (which was entirely nonsensical) often enough, it would be accepted as reality. I mean, why does the BBC give air time to such fruit cakes?*

I don't hear them extolling anything pa_broon. Their statements are all obtuse ie we're stronger together etc.

Because they use our money. :)