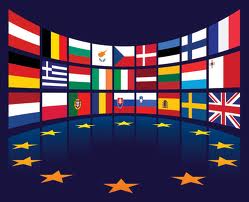 The Scottish Times reports the Scottish Democratic Alliance (SDA), led by chairman Dr James Wilkie, has sent letters, with a joint Memorandum sounding the alarm,to the Council of Europe  (CoE) and the Organisation for Security and Co-operation in Europe (OSCE) warning of the potential for the UK Government to politically interfere in Scotland's referendum and for its failure to observe international law by asserting that only it has the legal competence to legislate for the plebiscite.

Last week I wrote about the involvement of the SDA in Scottish politics and their support for independence but some commenters were unsure of their aims.

It's to be hoped that those who were dubious will now be more assured that the SDA works for the independence cause and the efforts of Dr Wilkie - a retired diplomat and currently a consultant to the UN - and his party, will be appreciated.
Tweet
Posted by subrosa at 09:27

The Scottish Government's (sic) 'rights' are devolved from those of the UK government. It doesn't have any rights per se of its own.

The reality is we are all marching to Brussels drum, heading over the cliff.

But where does Westminster derive its authority from?

The concept of Parliamentary sovereignty does not exist in Scots Law.

We have kept some rights such as our legal system and ability to print banknotes Jim, but you're right about us marching to the Brussels drum.

Around 80% of it from Brussels Grogipher.

Ooops RM, it didn't show on here then but it does now. I'll delete my reply.

That's what I was thinking SR lol.

Sorry SR – but, if anything, this gives me even more doubts (and cause for concern).

Why has the SDA suddenly raised its head above the parapets now?

The Scottish Democratic Alliance, founded in July 2009, is operating for the moment as an independent think tank, but is registered with the Electoral Commission as a political party.

Registered as a political party; so where was it during the last Scottish parliamentary election?
Does it now wish merely to jump on the Independence referendum band-wagon?

The Scottish Democratic Alliance (SDA) currently operates as an internet based think-tank
Ah! – now we are getting a little nearer the truth – a ‘think tank’ – it will never have to put ideas into policy, so it can say what it likes. It can promise us the earth.

Such raises more questions than it provides answers.

So many questions - but no answers.

Glad you're happy now RM. However, don't be feart of voicing your opinions.

Yes JRB it's been around a while and I've been aware of that.

If you read their website in depth you will see that they'd no intention of putting up Scottish election candidates until after an independence referendum.

No, I think you're being unkind. It has never jumped on any independence wagon just like that. Their policies are very carefully detailed and at least they have a defence force policy and have had for some years. :)

JRB, I think you're being too suspicious of them. James Wilkie has spent a lifetime writing to national newspapers supporting independence. Over the years he's always been there but few other supporters have made such an effort to keep it in the MSM.

I think you'll have to email Dr Wilkie for his CV. I understand he works out of Vienna University at present.

Plenty answers if you want them.

Oh btw, it was a long standing member of the SNP who guided me towards them years ago. They were impressed by the efforts they had made.

The reason people are suspicious of the SDA is because they make quite a lot of themselves but are actually tiny.

I don't think people have any issues with what they're saying but they do with the idea that they are not representative of very many people at all.

Personally, I think the letter they wrote needed to be written, I also think that they need to be seen as part of the civic campaign at this stage not the political one (which to be fair, is what they're doing.)

Beyond that, Dr Wilkie would be a useful ally when BBC Scotland deploy their usual pet unionist pundits, it would be interesting to hear what they've got to say.

In future, if they manage to take off, I imagine them occupying the ground usually held by the Tories, but with out the toxic branding. They may even do quite well after independence and I sort of hope they do. The more choice we have the better.