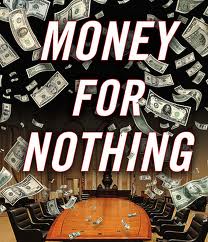 A guest post from Joe Public.
Such prescient lyrics, composed in 1985
"Money for nothin' and chicks for free
Now that ain't workin' that's the way you do it
Lemme tell ya them guys ain't dumb"
Who'd like to be paid, not for doing something, but for not doing something?
Charles Hendry, Minister of State for Energy, has stated recently that “in 2011 constraint payments totalling £12.1 million were made to wind farms through the balancing mechanism”.
The Renewable Energy Foundation claims on its database the biggest recipient of constraint payments was Hadyard Hill wind farm in south Ayrshire which received £2,150,068 since 2010. It is operated by Scottish & Southern Energy on land owned by former presiding officer of the Scottish Parliament Alex Ferguson. According to his declaration of interests last year, he estimated his rental income to be between £40,001 and £45,000 a year.
REF's enlightening database is searchable & sortable. An invaluable tool.
It was Bob Dylan who sang:
"The answer, my friend, is blowin' in the wind,
The answer is blowin' in the wind."
Meanwhile, in Hungary, a $billion-worth of Forints is being put to good use, in the ultimate recycling scheme... 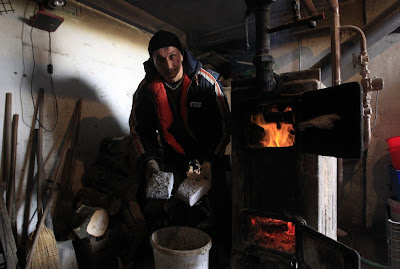 Annually, Hungary recycles about $1 billion worth of old forints (currency of Hungary), and converts the worn out currency into briquettes. After which, these are distributed to different charitable organizations . The briquettes are used as a heating fuel. This unique government program covers up to a third of the expenses in heating some of the buildings.
Tweet
Posted by subrosa at 19:57

We are all in ‘Dire Straits’ when it comes to paying our energy bills, part of which goes to subsidise these constraint payments.

I love the euphemism of ‘constraint’ when what they mean is being paid for doing sweet F.A.

But they might just have something in Hungary – what happens here to all unsold newsprint etc – it could turned into briquettes and supplied free to pensioners to off-set their heating bills.

What a great database. Highlighting the expensive shambles of the so called 'renewables revolution'.
And they're planning to increase wind generation from 6GW to 30GW. Unbelievable.
The free money to landowners and power companies will push our energy and tax bills to unsustainable levels.
I see Whitelees had a load factor of only 21% for 2010/11. ( maximum capacity divided by actual output over a year)
Much worse than I thought.

Briquettes? Made from old banknotes? My God! Think of the environment!

As regards wind power, we are certainly in Alice in Wonderland territory.

I'm much encouraged by the amount of sheer good sense displayed by the commenters here.

Now, when will wee Eck get the message about windmills?

Because the longer it takes, the more money will be wasted and the more of our landscape will be blighted.

Mr Knoffler's foresight must have been: Name a Group, Compose a song, wait for politicians to implement a policy.

As you say, that database give individuals the opportunity to investigate the largesse handed out ultimately by electricity consumers, to their local landowners, courtesy of Government policy.

But you have to award the Hungarians 10/10 for lateral thinking.

"Because the longer it takes, the more money will be wasted and the more of our landscape will be blighted."

And more of our citizens will die from hypothermia due to unnecessarily exorbitant energy costs. The Politicians who sanctioned that policy have blood on their hands.