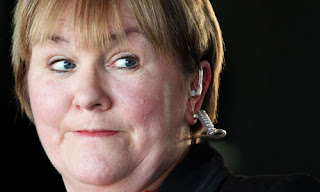 The new leader of Scottish Labour (yes I know there's no such party but I'm using artistic licence), has declared her front bench.

Let's look at Team Lamont versus the Scottish government (in italics).

Shadow Secretary of State for Scotland: Margaret Curran vs herself

Rural Affairs and the Environment:  Claire Baker vs Richard Lockhead

The Labour shadow cabinet should hold no fears for the SNP government, although Lewis Macdonald may prove to be strong opposition for Kenny MacAskill and Sarah Boyack for Derek McKay. The Cultural, External Affairs and Commonwealth Games remit may provide some personality-clash styled entertainment with two strong-willed women involved.

I had hoped Johann Lamont would have promoted some of the newer MSPs in her party, but she's decided to stick to the old guard.  Disappointing. 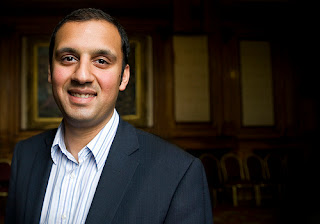 Oh, in case someone wonders why the Labour's new deputy party leader (above) doesn't hold a prominent role - it's because he's an MP and not a member of the Scottish Government.  Mr Sarwar has been called 'the brightest of the bright young things' by Tom Peterkin of the Scotsman. Mr Sarwar isn't a 'weel kent' face here in the east so I know little about his talents, but he managed to dislodge Ian Davidson for which we must be grateful.

However, his appointment shows that Labour will continue to have unbreakable ties with their London colleagues.

Little seems to have changed.
Tweet
Posted by subrosa at 19:51

I see Alex Neil got his Secret Santa gift.

I wonder if the new Labour blood was held back by the PTB at Westminster as they feel Holyrood safer in the old hands who know how Westminster like it?

Well Alex Neil certainly got a good deal there. Nothing too hard for him in the next few months.

Kazia Dugdale got something too SR.

Whoops, I wrote a previous comment on the erroneous assumption that Anas Sarwar was an MSP.
Humble pie instead of Christmas pud for me.
Does make you wonder what the unions had against Anas that made them throw their weight behind fellow MP Ian Davidson.

[Update on posting comments. When I click on PUBLISH YOUR COMMENT it doesn't work first time. If I then scroll down and click the same button again, it works the second time. Slightly inconvenient, but effectual workround.]

Probably the unions didn't like Anas because his da' was a millionaire who didn't allow unions in his workplace. But I am just guessing there.

I think it is quite unfortunate that Ms Lamont has been so quickly titled Rosa Klebb as Rosa may now have unfortunate connotations, although I am sure readers of this blog can make the distinction.

It really does come from the department of you couldn't make it up. I would have genuinely preferred Tom Harris for the job as at least he is entertaining in a bonkers way.

The Labour Party are now putting on the longest car crash ever seen.

Aye Clarinda. He'll relish the next session. I can see him now...

Quite possibly and of course the unions will have had quite an input.

Thanks for the link Tris. Yes I did miss that one. Nothing to startling there though against Angela.

Sorry you're having posting problems Hamish.

I see Observer may have the answer for you - guess or not.

I didn't realise that Observer and you may well be right.

I'm only occasionally called Rosa because I prefer Rosie. I'll make sure I correct commentators in future.:)

Aye Tom at least has a little of the 'common touch' at times. Is it just me who finds Mrs Lamont's voice utterly boring in tone?

Torture RM? I'm nearly suicidal and I only flicked through it.

Jeez, time for a laced tea.