Buried By The News International Affair 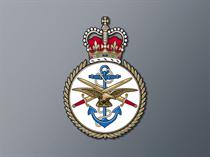 Yet another British soldier has been killed in Afghanistan while our politicians continue to parade their faux anger at News International in the hope that the public will ignore our armed forces are fighting two wars.

The soldier was from 9th/12th Royal Lancers (Princes of Wales's) and was also part of the Brigade Advisory Group, conducting a routine framework patrol with members of the Afghan National Army.  He was in a fire support position, tracking the progress of a foot patrol from his Jackal vehicle.  The foot patrol was returning to the vehicle when both teams came under small arms fire.

An investigation has been called as witnesses reported the shot which killed him may have been fired from a member of the Afghan National Army.

To date 375 soldiers have been killed in this war and many will be made redundant once they return from their deployment if Liam Fox's proposal goes ahead.  The Defence Secretary wants to reduce the regular army from around 100,000 to 84,000 and rely upon the territorial army to take up the slack, but he may be disappointed by the TA numbers who apply.  The TA has been a strong backup to our regular service personnel for years, but Britain's involvement in recent wars may make some decide they've no wish to put their lives in danger when the wars are not related to the security and safety of the people of the UK.

My condolences to the family of this latest fatality.  I can't even imagine the depth of their grief.
Tweet
Posted by subrosa at 12:29

Liam Fox needs to bear in mind that it can be a bad idea to anger men with guns.

"Yet another British soldier has been killed in Afghanistan while our politicians continue to parade their faux anger at News International in the hope that the public will ignore our armed forces are fighting two wars."

Let me assure you, Subrosa, that it is possible to be concerned about both the conduct of NI and the plight of our military fighting unnecessary wars. I do hope your judgement of politicians is not targeted at ordinary people like me. My own concern about the NI situation has not at any point led me to ignore what is going on in Afghanistan, Iraq or Libya and the lives being lost.

Yes it's sad SR. I've just checked the BBC news website and the latest soldier's death is a tiny sub heading at the bottom of the page somewhere. The ginger one gets top billing for her arrest by police. Of course the BBC would love to have a dominant left wing media so are giving hackgate 24/7 attention. Yawn.
I see the Chairman of the Culture meeja and sport committee is an old friend of Ms Brooks etc. Oh and he got Sky to give him £3K for his cricket club. And he'll be in charge of the 'grilling' on Tuesday..

Jo, my point was that the last thing politicians want is the people remembering we're at war in two countries. Nothing to do whatsoever with targeting anyone other than politicians.

Not all people will remember we're at war Jo, only those like ourselves who are more aware than post.

I saw it too on the BBC RM and decided to take my information from the MoD site. Shame on the BBC for not making this headlines for at least a couple of hours.

Thanks for the link. They're all at it aren't they. The nice wee 'elite' bubble of politicians, press and police.