Formal Education - It Should Offer More 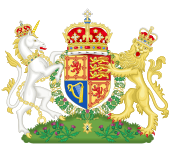 It's entertaining to see the MSM continue to put independence top of the political agenda here in Scotland and having Sky's Scotland correspondent, James Matthews, compile a rather shallow A - Z on the subject could be interpreted as a compliment. I note Mr Matthews lists E for exports, when E for education could be more appropriate.

The Centre for Scottish Public Policy published an excellent article by Ross Martin yesterday, 'How our teachers became a class apart', in which he suggests the resurrection of school boards which, suitably redesigned, would inspire parental involvement.

Back in my schooldays parents seldom visited the school but the connection between the classroom and school was a book called the Home Register. They were gathered by the teacher first thing in the morning and woe betide anyone who forgot to collect it prior to leaving at 4pm.  The book was designed like a diary and teachers noted anything in it which they thought would be of parental interest/concern.  A parent had to sign each day's entry to prove it had been read and many a pupil suffered embarrassment by being told, in front of their peers, that their forgery skills were sadly lacking. Usually it was decided just to face the music at home and the music could be melodic so the comments weren't all negative.

Of course such systems were stopped because they were dated and the valuable daily contact between parents and teachers was lost. My old school encourages parental attendance at many events throughout the school year yet these are impersonal although socially very pleasant. There are too many parents who feel detached from their child's schooling and this isn't good for a child's education.  Would the return of school boards assist with parent-school communication? It's worth a try.

Another excellent proposal is the School Characteristic Index ought to be available to the public. Why isn't it?  As Ross states league tables were scrapped in Scotland yet they were a base for parents to choose.

Education shouldn't be the privilege of any political party - it's far too important.  The quality of education a country delivers shows the quality of the whole population.  Scotland was once a world-wide leader.  What's gone wrong?
Tweet
Posted by subrosa at 19:50

A return to some sort of Home Register would be a brilliant idea, A web based system would be good. The current "Parents" evenings where you get 5 mins with a teacher are rushed and really rather poor as a communication exercise.
Typically we hear of problems after they have been going on for some time rather than at the beginning when they maybe much easier to sort out,

When I was writing this I thought about an online system and I'm sure something 'fiddle-proof' could be set up. Then again there will be those who say 'not everyone has a computer', although I suggest that those in your generation are very few.