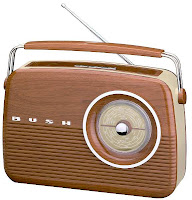 You haven't thrown out your old portable radio have you?

Having worked in Switzerland I formed the opinion that the Swiss are friendly, comfortable with their identity and slightly rather conservative.  It was very evident in rural areas where change was a six-letter word only to be uttered once the speaker had given due consideration to the response. Tradition was highly respected in all areas of life.

Even in the 70s Geneva and Zurich had an international feel about them, but when Swedish sexually themed films appeared in cinemas there was an underlying disapproval which challenged their conservative standards. Nobody would admit to seeing any of the films of course.

The night programme features erotically-tinged music and sounds at midnight for five hours and the producer Oliver Scotoni 'hopes to inspire people to make love'.

"I hope that as many Zurich people as possible will make love, this would bring a nice energy to the city," Scotini is quoted as saying.

What a wonderful concept although I have some doubt to its success. Most Swiss I know are tucked up in bed and fast asleep by 11pm.  Maybe Mr Scotoni should review his timing schedule.

The programme can be heard on 104.1 or 88.2 megahertz in Zurich.  If it's a hit would the BBC will attempt a pilot?  Maybe not.  One certainty is that my first ever radio (pictured) would never pick up Zurich - it had difficulty picking up Radio Luxemburg most of the time, but it did have a quality of tone which can't be replicated on today's modern devices without the aid of extra equipment.

SR – I am flattered that you think I might derive some value or benefit from listening to Mr Scotoni’s programme.

However, if you will excuse me I think I will stick to “A Book At Bedtime”, or if it’s a really late evening, “The Shipping Forecast”.

Sorry to be such an old fuddy-duddy. :)

Which military band do they employ? And do they do "The Garryowen"? (see The Grand March for the Sergeants Ball in "Fort Apache). All together now.....

JRB, I do try to provide something for everyone. :)

One, two, three Demetrius and those at the back remember to keep in tune.

Isn't it odd how so many modern radios and the like claim much better sound fidelity but sound so thin and harsh, much worse to listen to than old ones.
It's sort of an aural equvalent of low fat food, taste but no substance - low fat music.

Now that's a great one Woodsy, low fat sound. I would argue that my Pure digital gives a better sound that my old Bush. On the Pure I can't fiddle with the bass/tenor etc and it was an expensive radio.

True, I feel conned in more ways than one. My old Bush I gave away and now they're very valuable collectors items.

Oh dear petem, it's whatever turns us on I suppose. Those people who know their unnecessary actions upset others deserve to be condemned.

Years ago I had neighbours who, not only vocal, had stereophonic sound to assist their fun and games. Wasn't my cup of tea and neither was the volume. When a brave neighbour complained and said the police would need to become involved the offenders moved. I've often wondered if they were up to more than 'domestic' sex.

What is domestic sex? ;) I'm sure you know what I mean.

Na. I am old enough to remember the days when the sort of radio i8n your post header actualy DID pick up all the stations advertised on the dial, from anywhere in Europe TO anywhere in Europe, AND even (Severly weak and crackly) from New York (In Liverpool) when the weather was right.

NOW, due to the wonders of modern "technology", you are lucky if your €20,000 Yaesu, or Bang & Olufsson can pick up the next TOWN.

I have to admit FT, the only problem I ever had with that radio was Radio Luxemburg at times. Otherwise it was superb.

My dab radio is nowhere near as good.