Will Jack's Voice Be Heard? 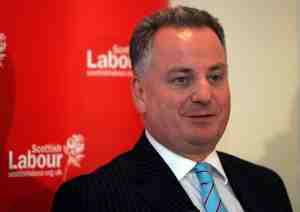 Lord McConnell of Glencorrodale isn't happy about Labour MPs having a say in the election of the new Scottish parliamentary leader of his party.

He says ' it was wrong that in the past MPs had equal votes with MSPs on the issue' and MPs should voluntarily and collectively - all of them - withdraw from the process and not nominate and not vote as MPs. (The Labour party constitution can't be changed in advance of the leadership election this summer owing to the length of time any change requires).

Is he not just attempting, in forlorn hindsight, to give the impression that Labour MSPs are not under the thumb of Westminster - which of course they are, as all Labour MSPs and MPs are under the leadership of Ed Milliband? Labour want to reduce the dawning grasp that Labour voters in Scotland are rejecting Westmister influence and therefore losing once safe seats to a Scottish national party. Lord McConnell from the House of Lords still trying to influence voting in Scotland - ironic!

Clarinda has it about right.

What is this Lord doing? The Westminster aspect is a red herring. The fact is that MPs were voted into their constituencies by the people. They are just as much 'representatives' as SMPs.

Heh. He's just publicised the control the English Labour party have over the Scottish one.

Next election, his words might well remove a few more of those little red patches from the map.

Oh, if only someone would publicise the control the EU have over ALL our politicians...

A branch office ex branch manager is complaining about the branch being told by Head Office what the
selection system for a new branch manager is going to be when he is no longer in the job and basically retired?
Time people realised what the company structure really is.

I think that's his aim Clarinda, but of course MPs will refuse to listen to him. After all they control Labour in Scotland.

I wonder if the irony is lost on Jack. :)

Exactly Junican and that won't happen because the money from unions is down south.

I doubt if the lifelong Labour voters will notice LI, but maybe this election is the start of people realising just what little they've done here in their 50 year rule.

Yes Julia, but for some reason that doesn't seem a concern up here. I've no idea why.

The trouble for all of the Unionist Parties is that their HQs are in London. There is no such thing as the Scottish Labour Party.

McConnell did try to engage in Scotland, for Scotland, at times but look what they did to him. Can anyone still recall footage of the solitary McConnell campaigning while Blair and others came here and did their own thing? McConnell then got dumped.


There is a tendency too, among Labour MPs, to look down their noses at their Holyrood counterparts. One only has to look at the blogs of some Labour MPs to sense the contempt only too clearly.

That said it should be possible to allow MSPs to elect who will lead them at Holyrood. (The earlier problems remember were also linked with the backstabbing going on among Labour people at Holyrood.)

Labour nationally are also struggling with their leader. Miliband does not inspire does he? Also Labour's bane, Iraq, still hovers. Within the last few days more evidence has emerged that the "intelligence" used to get a yes vote to illegally invading Iraq was indeed "sexed up". A former intelligence man has claimed that Campbell lied at the Chilcott Inquiry on that specific issue. I think Labour in the south will continue to be punished for Iraq (and so they should) even if Cameron currently shows the same appetite for dodgey wars as Blair before him.

Aye Jo, I can't see the MPs giving up their control over their Scottish branch, because as you say, Jack tried that and was shafted.

It will be interesting to read the results of the Iraq inquiry but doubt if there will be any surprises because we all know who lied.