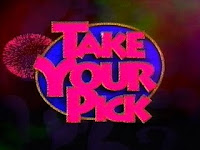 Control of the Internet

Banquo at the Feast

Try talking to save lives in Libya

Should we have seen Labour's magpie manifesto coming?
Tweet
Posted by subrosa at 20:48

Time to send in the SAS to top Gadaffi and, as for Londons "Smog" panic this is
a) Just another attempt to frighten us alongside lies about "climate change", food scares, various flues terrorism and all the other nonsense.

b) The next step in the demonisation of deisel cars which the State spent years nudging us into buying because they are supposed to be more fuel efficient and then ramped up the price. This began the other week when a London Borough (Kensington & Cheslsea?) announced a punative annual charge for resident parking bays for deisel cars even though we were promised that such schemes would NEVER be used to generate rvenue and, in any case, it only affects people who don't have a private drive.

Even though the latest rubbish about diesel cars doesn't affect those with private drives banned, they'll find some way of getting to all of us.

Made up EU levels of "dangerous of diesel (ta) particulants" that will be trotted out alongside hay fever warnings until we all think that it is normal and must be true.

Typical new labour common purpose tripe but behind which will be a cunning plan to dupe us all.

I'm no longer easy to dupe banned, although I admit once I was. A real sheeple. :(

A worthy post and deserving of your research. I do wish I could email you and insist you promote at least one of your posts on Scottish Roundup but then I never promote mine.