Silence Is Not A Wise Decision Mr Moore 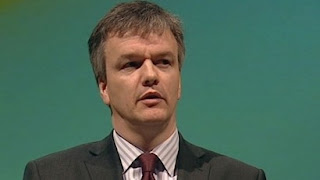 He's such a quiet man few know he exists.

Michael Moore MP represents the electorate of part of the Scottish borders, namely Berwickshire, Roxburgh and Selkirk.  He is a member of the Liberal Democrats.

Due to the indecision of the electorate last year and the infliction of a coalition government foisted upon the British electorate, he is also Secretary of State for Scotland and thereby represents Scotland within the UK government hierarchy.

Scotland has never had a Secretary of State - or what was known as a Scottish Secretary before that sobriquet became unfashionable - who has the slightest interest in the wellbeing of the Scots.  Their main aim is to stifle any controversy which would affect the Union.

However, Mr Moore has a responsibility to the folk in Scotland.  Part of that is his support of Scottish business in UK government tenders.

Some months ago the UK government tendered for organisations which could prepare unemployed people for work and find them suitable jobs.

The Glasgow based Wise group, a not-for-profit organisation, applied due to having one of the most successful track records in the UK of gaining employment for challenging clients.  They also fulfilled the tender requirement of 30% of the work being undertaken by the voluntary sector.  There is no other organisation in Scotland who can surpass the Wise Group's success - I keep a close eye on private businesses who insist they access work for those who many would class as unemployable - and the Wise Group do very well.

Mind you, if our education system was completely overhauled we may have more success, but that's another post altogether.

Now you would think the Wise Group were in a perfect position to assist people acquire work in Scotland wouldn't you?  Not according to the UK government who have given the contract to Working Links which said it would give 6% of the work to voluntary organisations and the other winner was Ingeus, with plans to involve the voluntary sector in 8%.  Neither company has any record in Scotland and in comparison with the Wise Group they have little interest in the voluntary sector.

As Scots we would think that immediately Michael Moore would be asking questions of the UK government's decision to award the contracts to companies based outside Scotland and with less worthy records than the Weir Group. He would have been battering the knocker on No 10 if he was really concerned.

Not so.  Mr Moore has been silent. Dumb. Speechless.  No explanation given by him  to the Weir Group about why the contracts went to companies why didn't fulfill the 30% voluntary sector specification.

The DWP now says a 30% or more involvement from the voluntary sector was an important part of the process but never a contract requirement.  Is that so?  Do I hear Michael Moore asking questions?  In this case the DWP know they are guilty of drafting tender documents in a misleading manner.

If cost was the main concern why did the tender not make it clear at the outset with the words 'the contract will be given to the lowest bidder'.

I have no idea if the the Wise Group's tender cost more than others yet it is of importance and relevance that the UK government issue tenders with particular specifications, yet ignore their specs and explain them away by the 30% voluntary credential requirements 'was an important part of the process but not a contract requirement'.

There has been a meeting with the Works and Pensions Secretary Chris Grayling, Michael Moore and the bidders for the Scottish contracts but it failed to resolve the issue of the voluntary sector involvement.

Mr Moore has been woefully quiet on Scotland's behalf.  Is he thinking silence is a better option for his party's Holyrood electoral success?

Note:  All day I've had difficulty accessing the Wise Group site. I've tried access on Firefox too but with no success.  Perhaps you will have more luck.

Working Links do have a track record in Scotland, they hold/held the tender for dealing with JSA claimants who had barriers to work (Criminal Record/Substance Abuse) in the Glasgow area.

Very early this morning on my Facebook page; I placed a link to the Herald newspaper article on this subject ... with the following comment added;
It appears that opportunism's death is merely an unfounded and scurrious rumour, perpetuated by the "reformists" of Westmidden.

The snouts are dead, long live the snouts.

It also appears Mr Cameron's "big Society" will not delayed or obstructed if at all possible by "devolved responsibilities" north of the border. Means will be found to advance Cameron and cabal's buzz word of "outsourcing" as befits the concept of his "big Society" regardless of the dislike and distrust of alien Westmidden "Big Society" in our community of Scotland.

It is a sad reflection on the office of Secretary of State for Scotland that the present incumbent can, at best, only be described as – a total waste of space.
He must be a major disappointment, even unto himself.

As for the questionable decision of Chris Grayling, Michael Moore and the DWP,
far too much remains unanswered and a distinctly unpleasant taste remains in the mouth.

Ingeus
One would have imagined that such a firm would have a high profile presence in the Scottish capital city, but no.
Edinburgh – the nearest representation is as a partner in Peebles based Borders Supported Employment Network

If not in Edinburgh, what hope then of them being in the Highland capital
Inverness – they are not even listed.
So much for Ingeus serving Scotland.

Ah Allan, as you'll see from JRB's comment that's about all they have. Put that side by side with the Wise Group and there's no comparison.

It's quite weird wisnaeme. In another life I had quite a bit to do with businesses who were employment providers and I can tell you the likes of the Wise Group is one of the few worth its salt.

Big society when his henchmen offer a contract to two companies with no or little record of working with the voluntary sector?

JRB, thank you so much for doing the research. You found as much as me and I would have linked to it but thought these two must have a higher profile in Scotland surely. You've verified they do not.

Hi SR, Its examples like this that tell us why we need independence.
Not just from England, for that is the country we were joined to (a shotgun marriage if ever there was one) but from the EU, for exactly the same kind of reason. We should run our own country, we do not need or want the neighbors telling us what to do. If we make mistakes, we will make our own, we don't need or want the neighbors to include us in theirs, and God, have they not made enough already? Sorry, but "independence" shackled to the EU is NOT independence.

I watched a BBC 4 programme tonight which may be available on the BBC player. It was entitled "The Great Estate- The Rise and fall of the Council House." One telling comment near the end of the programme was of how Cameron and his "Big Society" intended social housing within his grasp to become tempory accomodation. I always was of the opinion that security delvered in whatever form to those whom governace had a duty of care to was a first principle. Apparently there appears to be a scarcity of principles, never mind first principles in Cameron's New Order, Big Society.

Wisneame -Wise comment re social housing. However it's not just the Cameron coagulates that are to blame.

In 2006 Labour introduced a stealth change in a new social security act. One of the main features in the Housing Benefit section, which of course was not featured was the introduction of Local Housing Allowances LHA.

By itself it wasn't a bad move, since it stopped the abuse by the few claiming huge benefits for high rental properties. But they added to it by applying LHA to the size and occupancy of a property.

This has the effect on a couple, or widow;widower, who have perhaps brought up a family in a two three bedroom home now only get the benefit equivalent for a one bed, one room flat?

This effectively can cut their benefit in half and should it put them in financial distress they're told - tough, move home.

Compassion - Big Society are both euphenisms for Big Brother

You didn't mention the 3 offices they have within 20 miles of where I stay. Like I said they do have a presence here in Scotland. It migt not be as big as you would like, presumably this is why they went for this contract - to get a bigger slice of the outsourcing pie.

Some of the biggest advocates of "The Big Society" (or work for nothing as it is) funnily enough is our councils (who, by annd large, are not Tory ones) who see a way of offloading costly services on to the third sector.