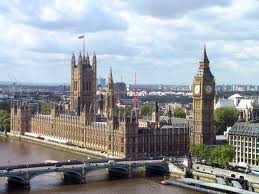 Westminster should be renamed the Comedy House because what the nonsense spoken within it these days would be highly amusing if the matter wasn't so serious.

We are at war with two countries and our military are stretched beyond belief.  The cost of living is rising every day and none of our politicians is prepared to take steps to halt the continuing increase in fuel which is causing many financial concerns.

What we have from the coalition is an expensive referendum on a subject which interests few of the population and spin from Prime Minister about our (non)strategy for Libya.  Our politicians have never had a strategy for Afghanistan so it's of little surprise they have no idea how to progress with the Libyan conflict.

Now, a survey by Mumsnet, has shown that 90% of our highly paid, coddled MPs think their hours are not tailored enough around their home commitments.

I thought MPs had secretaries - some diary secretaries I believe - yet they're complaining about late night sittings and having trouble splitting their lives between their constituencies and London homes.

Currently MPs are enjoying a three week Easter recess and the House of Commons sits for barely half a year and there is a creche on site. Many of the debates I see on Parliament TV have a mere handful of MPs in the chamber yet we have 646 paid for by the taxpayer.

According to the survey many MPs think their jobs had had a negative impact on family life.

Isn't this pathetic whining from our MPs?  I've spent the weekend with friends from Hertfordshire.  She works locally and he works in London, with a commute of 90 minutes each way a day.  He doesn't arrive home until around 8pm in the evening and when their children were younger he saw little of them except at weekends.  Of course he regrets that but insists his job within the family is to provide for them and the best way he can do that is to work in London where his skills are highly valued.  Many people is their part of England commute for similar reasons and without complaint.

It's reported one in three MPs are thinking of quitting because the hours are not 'family friendly' enough.  That is really good news because these people are not worthy of being our representatives.

It's to be hoped they do leave and make way for those who understand there are few jobs 'tailored' around family life. It will be interesting to see how well they fair in the real world where expenses are questioned and food and drink not highly subsidised.

We don't need 'fair weather' politicians in Westminster; we need those who can make decisions in our interests.  It's because we have so few who are committed to serving the country that we're in the mess we are today.  Blair, Brown and now Cameron have all shown self-interest is their priority and not the good of the UK.

Thankfully, here in Scotland, we have a First Minister who ceaselessly puts the good of Scotland first.  He repeatedly says he is privileged to be part of the Scottish Parliament.  That's why Alex Salmond will be returned as First Minister.  Westminster MP should take note.

If an English MP put the good of England first he or she would be smeared as an extremist nationalist.

"Thankfully, here in Scotland, we have a First Minister who ceaselessly puts the good of Scotland first. He repeatedly says he is privileged to be part of the Scottish Parliament."

Surely everyone who reads this will be moved to horrible tears.

There are plenty of careers that are not family friendly.

If politicians want to spend more time with their families, I am sure the electorate will oblige them.

Perhaps they should take their complaint to the Human Rights Court?

Read the comments on this blog.

I can't believe these characters. How many weeks holiday do they get a year? Twenty or something, isn't it?

I am very fortunate to have a very, very busy MP.

Eilidh Whiteford SNP, is so terrifically busy she has not had time to respond to my letter. I only sent it nine weeks ago so I am sure she will get around to it when she catches up on all her other tasks.

Perhaps she will find time after her three week break?

I wonder how many of that 33% are 'Newbies', and how many were re-elected?

All of those in the latter group (who knew full-well the conditions before seeking re-election) ought to be named-and-shamed; or, offered a subscription to Masochists Anonymous.

Subrosa, thank you for pointing out the error of my ways.

For years I have voted for candidates at elections thinking I was in some way fulfilling their political ambitions. Little did I realise that I was subjecting them to a life that interfered so badly with their home commitments.

Here am I, living in unbridled luxury on Disability Living Allowance whilst these poor souls have to survive on a mere £60,000pa + generous living expenses + travel expenses for themselves, partners and any children + an unequalled pension scheme + golden handshake on leaving.

How do they survive?

Never again will I subject any of these poor whinging ba****ds to the ‘hell’ that is life at Westminster.

True Brian, but if more than a few did it they could well change the political scene in England.

Being an MP possibly has the most flexible hours of any I know Sandy.

Me too strapworld, me too.

Eddie, that doesn't surprise me from Labour. I have to admit I've always received a response from my own MP and MSP but I think I'm just fortunate.

That's about right Michael. Great eh? Then they say they're working when they're not in the HoC.

Ranty, I would have been writing a very irate letter by now. Of course she couldn't reply now because she's officially no longer your MP.

It does show how badly prepared they are for hard work Joe doesn't it.

I expect they didn't realise a Mumsnet questionnaire would reach the MSM JRB.

Let's not forget the massive sum they acquire if they leave after just one term.

Please undrstand the perceived divide between Scottish politics and English/EU, is little more than a side show. Unhappy as this may seem, most are still asleep to the coming future, planned decades ago.

Derek I entirely agree with you. It's all soft soap from all areas.

Thanks so much for the video.