The SNP Has Nothing To Fear and Nothing to Lose 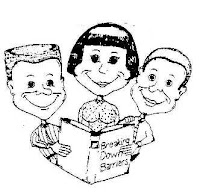 Last month the Peat Worrier published a controversial post suggesting the SNP aren't too keen on debate and those members who have doubts, are being asked not to rock the boat, especially in the run up to the election.  Of course the SNP is not the only political party to expect members to toe the party line, all do, but it is the only party which offers the population the choice of taking full control of its future.

The Peat Worrier recommends more discussion about the realities of an independent Scotland and in harmony with my view, he states: 'it is vital to get away from the defensive attitude that you are either for us to against us, all or nothing'. The deceased Wardog blog owner repeatedly tried to engage his readers in such a debate but with minimal results. Few were prepared to put their heads above the parapet and voice their concerns; rightly so because they were usually shot down in flames as being disloyal, uninformed or stupid.

In reply to my supportive comment to the PW, Indy responded:

Subrosa Scotland the day after independence will be exactly the same as it was the day before.The only thing that will have changed is that the decision-making powers will have moved from Westminster to the Scottish Parliament.Thereafter, there will be a general election and the Scottish people will decide what changes they want to see in the various policy areas that have been absorbed into the remit of the Scottish Parliament and Government.At that point the parties will set out their positions. I can see no point now in the SNP setting out an imaginary manifesto for an independent Scotland. I understand that people will want to know what an independent Scotland would be like but the truth is that the SNP cannot answer that question, any more than unionist parties can answer the question what will the UK be like in ten, twenty, fifty years time. None of us have a crystal ball.


That's rather like applying for a job that has no job description.

Alex Salmond said, at the weekend, that if the SNP were returned to government he would ensure an Independence Referendum would take place during his term of office.  Good, but we need open debate - debate which will involve everyone not just those who currently support independence. Sound bites about a 'better Scotland' and a 'richer Scotland' are worthless. Surely if the SNP are promoting an independent Scotland they have firm policies supporting their objective and are happy to share them will everyone.

People ask me why I support independence.  My usual response is that I firmly believe, as a nation, we are capable of standing on our own two feet; then the discussion usually develops into one involving education, health, security, the EU, taxation and a sustainable welfare support system - issues which matter to most of us.  People do want to discuss them and they certainly don't expect the SNP to publish a hypothetical manifesto, although they're the party expected to be willing to introduce discussion into the wider public arena.

The Big Conversation was a partial flop partly because it was too formal and too 'managed'.   What is needed is a much broader approach to involve everyone - not only independence supporters - and gently push them into declaring what they would like from an independent Scotland.  I agree none of us has a crystal ball but we are capable of assessing the requirements needed to be autonomous. The SNP need to create a 'vision' of a future Scotland - one which is achievable. There are unionists who, if offered the opportunity to discuss their fears about Scottish independence, would be prepared to support it.

A lack of understanding creates fear.  If the SNP is returned to government - and I sincerely hope it is - and Alex Salmond achieves his referendum, the SNP will have no option other than to inaugurate quality debate. That's what worries the unionists most of all; debate rather than soundbites.  The SNP has nothing to fear and nothing to lose.

Saturday night we had six friends over for dinner. After the meal the blokes excused themselves and headed up to my study(the only smoking zone) for smokes and a dram.

Once we'd covered the main topic of the day - Wale's win after a decision that would have caused a riot in any football stadium, I topped up the glasses and asked my friends to listen to something and let me know what they thought.

That something was Salmonds address to the SNP conference. I'd caught it the night before, courtesy of Lallands blog.
My friends are all English, professionals or retired; and while they know my position, we're all typically apolitical in social company.

So we puffed, supped and listened; and when it finished I asked, "Well, what do you think?"
Richard asked. "Have they done as he claims?"
I shrugged, "don't know about the number but they've certainly produced on the major issues."
John asked."Are you expecting them to romp home?"
I shook my head,"Probably touch and go, between the SNP and Labour."
Unison,"Labour!!!" What in hells name would anybody vote Labour for?" John exclaimed.

Kevin who until now had said nothing except for the expletive of 'Labour.'added. "Christ why would they do that. Don't they appreciate the choice they have. Down here we've only got Hobsons between dumb,dumber and comatose.

At this stage I felt a tinge of shame as I tried to explain the hold of Labour on Scotland's political scene. When I'd finished Kevin asked,"Doesn't it get your wick?"
"What do you think?" I said, dribbling the cratur into his glass.
"I'd be bloody fizzing if we had a choice like that and never grabbed it." He said, while the rest nodded their agreement.

So there you are for what its worth. But whether it was the malt or their reaction I went to bed musing on the possibility -if we could defeat the bias of the media - and independent Scotland may just conceivably have a southern border marked by the Humber and the Mersey. And, all we've got to do is get a few synapses back in working order in the central belt.

I have a dream.
Quote

I think that there needs to be a more nebulous discussion than "The Big Conversation", but I come at it from a rather diferent angle. To date the Independence debate has been too much them and us, there has been no discussion on how Scotland can stand on its own feet (in this regard, i am sceptical - we have too many "lazy poor" for example). In short there has been to much tartan and shortbread, and not enough nuts and bolts.

Yes, you will get the scare merchants, but a good argument should stand up to that.

The key phrase in your post is "My friends are all English, professionals or retired". With all due respect, they can't possibly understand the respect that the Labour party has in parts of the West of Scotland, the percieved wisdom that Labour is "for the working man". The "Ripped-off Glasgow/Renfrewshire (insert own part of Scotland)" campaigns have re-inforced that view.

It's complete rubbish of course, has been since Blair was elected in 1994. But it is the failure of the SNP that no dent has been placed on this falsehood.

Lovely story Crinkly. Some of my English friends have the same attitude and just can't believe we'd go down the Labour route again.

I have a dream too.

Fortunately Allan, here in the east it is no longer complete labour territory. I doubt if they'll ever get back with big majorities as they did in the past and the tories will also struggle in the rural areas.

Allan, that's exactly the meaning of the post. Sorry if I haven't made that clear. We need more than the 'it'll be all right on the night' attitude and far more reality but we need to discuss things now. The best plans go awry but at least we should have a plan and the only way to get agreement is to discuss one.

I think that "the debate" will be practically impossible with the press we currently have. Can you ever see the Daily Record, the Herald or the Sportsman hosting anything like an unbiased debate on independence?

Without serious, informed debate progress will, of necessity be of a gradualist nature and I think the SNP are well aware of that.

...of course I have to include the BBC as the worst offender.

I can't see the Daily Record taking part right enough Robert, but there are a few non-partisan journalists such as MacWhirter and Kenneth Roy who could be helpful.

Somehow we've got to get over the media bias and force them into discussing the future of Scotland. One starting point could be 'What you really want for Scotland?'. The SNP have a strong group of bloggers behind them and I'm sure other political bloggers would join in. That's a beginning.

The present political climate gives the best chance yet.

Allan -every point raised in your comment is valid.

But do you ever consider the lack of substantive debate offered on major issues by the Union that go beyond the defensive.

In effect there is no respect, its all down to habit.