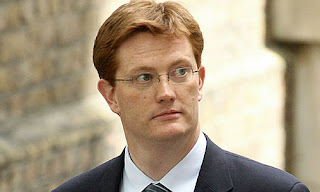 George Osborne's Budget announcement of a £10billion windfall tax on North Sea oil companies is causing problems, not least to Danny Alexander, who represents a constituency in which many oil related workers reside.

Some of Mr Alexander's colleagues have called for his resignation after it was reported he boasted to a group of 100 businessmen that the windfall tax was his idea. Not a smart move from Mr Alexander.

George Osborne, when being questioned by the Treasury Selection Committee (a lengthy video worth viewing) on last week's Budget defended the decision to up the oil taxes by 12% saying: "It's perfectly reasonable and the rate was still significantly lower than in Statoil's native Norway".  Do I believe him?  No.  The Chancellor doesn't even know the amount of duty the Treasury receives from a litre of petrol.

In this area of Scotland there are many whose livelihoods depend on the oil industry and the massive tax hike has created anxiety among them.  Statoil and Centrica have postponed projects and Valiant are reviewing a large investment.

Osborne's decision to inflict this tax upon the industry is wrong.  It's only recently that the oil price increased and if the unrest in North Africa and the Middle East settled, it's likely the price would drop below $100 a barrel (35 gallons).  Oil companies don't make investment decisions based on the current price but make longer term assessments.  Today's projects are much more complex from those in the early days of exploration and they are more costly in development charges.  The gradual increase in the oil price in the past few years has encouraged the large companies to look at investing in more complicated exploration but this windfall tax has created instability in the sector.

On Tuesday night, in the House of Commons, the government won a vote on the tax hike by 334 to 13, with two prominent Libdems MPs voting against.  Both represent constituencies in Aberdeenshire. The vote shows their indifferent attitude towards the industry.

Today Chris Hulme will meet with oil and gas firms to discuss the tax.  I doubt if Mr Hulme will make any concessions even if someone mentions the stupidity of Mr Alexander.

To upset the oil producers to this degree - for the sake of 1p on a litre of petrol - is foolish and ill-conceived. These giants are nearly as influential as bankers and should be treated with respect.  After all, it's North Sea oil which has been keeping UK Plc afloat for the past 30 years.  The Scots treat the industry with respect why can't the Westminster government?

I suggest the coalition's respect quota is kept completely for the bankers.
Tweet
Posted by subrosa at 09:16

Please allow me this little rant -

When the coalition first came into being, I foolishly, and subsequently mistakenly, suggested that we should give this young man, my local MP, credit for being a caring and fair minded politician.

How wrong he has proved me to be.

They say that power corrupts, and if ever there was a modern day example, then it must surely be Mr D Alexander MP. This once pleasant and amenable local MP has sold his political conscience and constituency responsibility, not for thirty pieces of silver, but for high political office.
This ‘wee laddie’ from the Highlands now merely wishes to ape his fellow front benchers and ex–bullingdon boys.

Such arrogance as he now displays will not be forgotten by the voters.

As for the oil. You summed it up perfectly SR –
“ The Scots treat the industry with respect why can't the Westminster government?”

Good rant JRB and certainly confirms what we're hearing down this way about the man. I wonder if he'll lose his seat in 4 year's time?

Well, I've wade my way through the select committee video. And, without getting submerged by the details and partisan sparring, formed an opinion that could be best described as fudge and waffle.

The command held by Osborne could be described as equal to a student trying to explain a thesis he claims as his own when in fact he had somebody else write it.

In all probability the chap by his side - the Whitehall Mandarin - was the true author.

His language was also interesting "working people" - presumably he means people who actually work, or get a wage rather than a "salary"?

But the real chasm that swallowed up any sense of rational purpose to the exercise was his reliance on the statistical broth of percentages related to other percentages and with no reference to the practical effects they would have on the ordinary Joe/Jean's and their families.

As Major O to Motherearth his lack of connection is beyond stratospheric. His orbit as remote from the real world as to require measurement in light years. In this respect the committee failed at the first hurdle by not posing the question - have you ever been poor Mr Osborne?

That said, it could equally well be claimed - with a few exceptions - the whole tone of the Westminster/Whitehall exercise reeked of staged democracy as a side plot to an arrogant executive propped by a smug bureaucracy.

If that's a true representation of Westminster the sooner Scotland give it the push the better.

Government Mr Osborne, especially democratic government is all about people - not the mush of statistics and percentages nor their effects on global conglomerates - it's time you and all the rest of the carpetbaggers in Westminster (or any other parliament for that matter) learnt that.

In Scotland, the Liberal Democrats and the Tories are dead.

The Lib Dems the scottish people and all can kiss his unionist a#se he is for a new life south of the Border.

ex Chief Secretary to the Treasury is his step up to a private fortune in some merchant Bank thank you very much.

I'd agree Aangirfan but there is a hard core of liberal supporters in a few areas such as the Highlands. Will be interesting to see how they do and how well the SNP manage to use Danny Alexander's stupidity to their advantage.

I suppose so Niko and the quicker he goes there the better. He's no longer interested in Scotland or the people he represents.