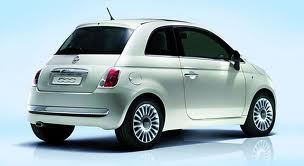 Twenty years ago we were advised diesel cars were the future - low carbon emissions and more miles to the gallon.  The greens were prominent in their praise of diesel vehicles and insisted they were the future of motoring.

Diesel was a few pence a litre less than petrol in those days and that, along with the promise of more miles per gallon, made the purchase of a diesel car attractive.

Nowadays, even though diesel can be up to 7p more a litre than petrol, we still buy diesel-fueled cars and one in four vehicles on the road is a diesel. Many cost less to tax because of lower CO2 emissions - another bonus.

Did I say bonus?  There will be no bonuses for diesel car owners who live in London.  A motorist with a typical family diesel faces paying more than £150 a year to park outside his or her home if they live in the Tory-controlled Kensington and Chelsea council area.  The council intend to impose a £15 surcharge on parking permits for them from next month.

Why are diesel cars being singled out for this extra tax?  Well, according to a paper prepared by the Department of the Environment, Food and Rural Affairs this month, they emit too many small polluting particles which damage local air quality, a particular problem in residential areas with heavy traffic.  The report said the government should encourage "small, modern petrol vehicles, petrol hybrids and electric vehicles in urban areas in place of diesel vehicles".

What are the greenies saying?  Not a word.

What are the hybrid and electric car manufacturers saying?  Nothing publicly but behind closed doors they must be rubbing their hands with glee and thinking all their Christmases have come at once.

This is a blatant money-grabbing stunt, aided and abetted by the Westminster government's DEFRA, to top up the coffers of local councils. Kensington and Chelsea may be the first to inflict this tax upon their residents, but they won't be the last.  I wonder if any Scottish council will brave the contempt of their residents by introducing this policy.
Tweet
Posted by subrosa at 09:36

I just bought a new car and agonised over diesel v petrol. I chose the latter because of the higher price of diesel taking too long to balance out! Mind you I could never afford to live in Kensington!

Basically this is very close to being retrospective taxation. There is no excuse to change the rules in such a way.
Although I have to say that with regard to residents parking charges I have little sympathy with people who block and disrupt public funded roads and through routes for storing their vehicles. Those of use with off road parking on our property have that 'facility' assessed and included in our property value and subjected to council tax so people who use public space should also pay for the privelidge.

Hi SR, this, of course is not a new problem. Particulates emissions have always been a part of running a diesel engine,it was pointed out at the time of the push to get every one using diesel cars, but as it didn't fit the plan, it was ignored.
One of the reasons for wanting people to use diesel was the lead in petrol at that time. But now we have benzine instead, which I am told is a carcinogen !
So thats the economic case for using diesel fuel shot, at least in London, (and before long coming to a place near you), along with an admission that particulates are not good for us.
City Hall rips us off again, but I do wonder if the people who started us on this merry-go-round two decades ago have a legal case to answer, they cant say they didn't know!

This wood pellet powered car looks a fun alternative. If it can cook a breakfast and brew a pot of tea as well then it's ideal.

Hi Brian, very interesting, looks great, but are we now going back to the Stanley Steamer?

Diesels have always polluted more than petrol. The only reason it's 'greener' is because the extra pollution per litre is balanced out by the fact than you use less litres per driven mile.

Anyway, if you work out the payback period for a diesel against the equivalent petrol car, the breakeven can be up to 200,000 miles!

How many times do they change their minds about things.

Go to work on an egg; no don't it's full of cholesterol; yes do, it's not.

An apple a day keeps the dentist away; if you can't clean your teeth, eat an apple to clean the plaque off them; no don't the acid in apples will rot your teeth.

Coffee causes cancer; no it doesn’t, it is good for you.

Bacon causes cancer; no it doesn’t, but it does have fat in it.

Mind, OR makes a good point. If you can afford to live in Kensington, what’s £150. You wouldn’t bend down to pick it up.

I thought the latest diesels had particulate filters, which is why it is necessary to do a reasonable mileage in order to burn them off (presumably making CO2 instead). They also charge more for 4x4s in a number of London boroughs.
I remember when parking meters were first introduced, it was stipulated that the parking charges must be used to provide better facilities for the motorist - that obviously didn't last for long as councils are now using motorists to balance their budgets, and still don't repair the pot holes.

I decided on diesel OR because my last petrol was only just over 30mpg compared with 55mpg now.

Kensington is only the beginning. You wait, every other council will be increasing their parking permits using this excuse.

I agree with you about drivers blocking roads by unthinking parking Woodsy, and I don't think many city dwellers resent paying a small fee to park near their homes, but many people in cities here live in tenements and not all are wealthy.

Just wondering how many will do away with their car if this was introduced here.

Hi Apogee, you're right. When I was researching to write this lots of the info was dated from the 1990s.

The greenies had a lot to do with people buying diesel back then. If I buy another car it will be petrol and that's only because it won't freeze up for months on end in winter.

Hi Apogee, Instead of returning to steam engine powered cars, I prefer to think of going forward to Stirling cycle engines (a Scot, btw :-)) that could be used to generate domestic power during the coming Huhneian brownouts. Leave the car running in the drive and connect a cable to the mains.

Mind you it's a quirky looking buggy and I wouldn't be embarrassed running around in it. Pity biomass fuel has to be shipped here and is pricey.

I downsized a few years ago Dioclese and I must admit my car costs have greatly reduced.

It's when they introduce such policies and we know they're another retrospective tax as Woodsy says Tris.

Actually Subrosa we could be running our cars on water and it would cost us next to nothing but for the fact that the powers to be do not want that.

Watch these videos at http://www.checktheevidence.co.uk/cms/index.php?option=com_content&task=view&id=314&Itemid=55

and you will see actual cars running on water and other free energy concepts that are being trashed as being rubbish by vested interests.

In Edinburgh the plan is to charge extra for parking for larger cars with higher C02 outputs.

Diesel? Busses, trains, taxis, delivery lorries and vans... You name it. This is nothing to do with saving the planet. There is no CO2 problem. This is all about control, taxation and green nonsense.

One set of greens claim one thing then another claim the opposite. If they are truly concerned about the world then stop the lies about DDT and let the people of Africa reduce the deaths from malaria. Let them give the farmers on Fair Trade farm freely to allow them to truly succeed. Help Africans get access to power so they can move away from open fires which damage their health.

Diesel? Another wheeze for money. But we vote for the people who make these decisions or who should be on control of them at least. Democracy?

Billy, extremely interesting link, thanks so much.

Too many vested interests in other versions of course. Rather like AGW.

Petem, that already happens all over England I believe.

This latest nonsense to to make us guilty enough to buy electric. Great marketing ploy.

I won't be changing as I give enough in hidden taxes. No it's not democracy.

"Jings Brian, nae windaes?" Crivvens, Subrosa, that takes me back to reading the Broons and Oor Wullie in passed on copies of the Sunday Post.
I'd best go and sit on ma bucket.

Brian, remember to use a cushion. :)