Is Kenneth Roy The Only Real Journalist Left In Scotland? 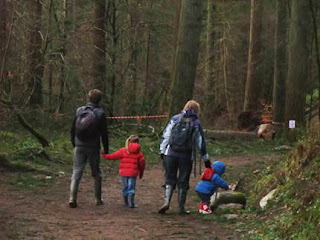 The title is part of a tweet to me from @frockery.  This link to the Scottish Review was also included. (Please read all parts).

I must record my admiration for the tenacity of Dee Cooper and Sheila in ensuring this most important matter is kept in the media.

Kenneth Roy must also be congratulated for his research and solid, honest journalism concerning this Evidence2Success programme/survey. He shows the manipulation of those who, once upon a time, I thought could be trusted with our children.

It’s a shocking indictment of the Scottish Government’s approach to our children’s wellbeing and should be halted immediately.

For those of you who haven’t been following this subject, one link is here with an update here.
Tweet
Posted by subrosa at 09:33

A pattern of administrative bullying of school children seems to be appearing.

It was not so long ago headteacher of Littleton Green Community School, in Huntingdon, Staffordshire, Lynn Small wrote to parents warning their children would be considered racist if they did not go on the school trip.

She stated that if kids did not attend a "racial discrimination note" would be made on the pupil's records and would remain there for their school careers.

A tsunami of protest forced a very rapid backtracking, and limp apology.

"........the letter sent to parents in advance. It was the same 'passive opt-out consent process', as Tim Hobbs, 'Principal Investigator' of SRU, called it; in other words, parents who objected to their children taking part in the survey were obliged to 'formally register their request'. Few did."

....... a dissenting parent would fear having an insinuating label attached to their reputation thatwould remain there for the rest of their life.

I have had a look at the survey which is on the Kinross and Perthshire Council website and it is quite shocking. I do believe it is abusive to subject children to a questionnaire like it. No more private thoughts, or private life allowed it seems. I`m also appalled at the early sexualisation of children in schools. I took my 6 year old to his school Christmas disco and there was a big poster at the door. HAS DADDY TOLD YOU HOW THE BABY GOT INTO MUMMY`S TUMMY? Why should a poster like that be in such a prominant place?

Then there`s this questionnaire for 14 year olds asking for information about their sexual activity. It`s almost as if they are digging around to see what effect the early sexualisation has had on the children. There really is something sinister going on here.

Kenneth Roy is one of the few doing any investigative work into the matter. We need more because this monster that is GIRFEC is up to no good.

In all of this only one word springs to mind – Abuse.

Abuse of authority
Abuse of the truth
Abuse of trust

Abuse of the children.

(Thank God mine have long since left school)

That’s the way things are done these days Joe. Parents have to put everything in writing then it’s used against them at a later date.

Another thing, it’s frightening that the Scottish Government are helping fund this survey in other counties.

It is abuse of children JRB, there’s no other word to describe it.

Yes mine too. Unfortunately though our grandchildren will be subjected to this and the only answer I see to that is private schooling. Sad but true.

Another up-date, dated 23/12/13:
http://www.scottishreview.net/index.shtml
It's written by Kenneth Roy.

Thank you Steve. I’m going to do a post in the next few days with the links as Dee’s been giving me some too. Just in case some people miss them.

Good evening I have just been looking at the evidence2success results published over the past month on Google
Evidence2Success site:gov.uk <<copy paste this go to 'more' in the Google options then to 'search tools' then to ' last month'
I looked at Blairgowrie results but they also give the p&k results alongside the schools being pdf I cannot link but here is a direct link to the Blairgowrie results pdf links if you scroll
http://www.pkc.gov.uk/article/4333/Blairgowrie-High-School
The Google search brings primary etc results.
When looking at the results I notice they have put a negative result bullying is 66% in a box with positive parenting results showing in the region of 60% . If I was a cynic I would say this is deliberately misleading....oh I am a cynic aren't I so I assume I am right ;) .