Will Faslane Be Scotland's Bargaining Tool? 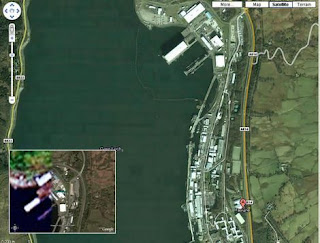 Fifty years ago I doubt if any Scottish independence supporters would have dreamt that their country would be the talk of Washington and Moscow steamies, but it is and the interest of the Russians is said to be causing 'jitters' in senior American circles.

One of Putin's US political counsellors made an appearance at the National Capital Tartan Day Committee's (NCTDC) Tartan Day 2012 Symposium in Washington at the end of last month.  His attendance was unusual because it was the first time a Russian has shown up at one of these events.

But why was he there?  Maybe to admire the tartans (if there were any on show) but his main interest was discussing Trident and the future of Britain's nuclear deterrent should Scotland decide to vote Yes in the 2014 referendum.

A senior Congressional aide stated many US political experts believe that if Scotland does decide to become independent the SNP will be forced to abandon its opposition to basing nuclear missiles on the Clyde as part of the separation agreement. "A favourable outcome would be that the bases would still be available for the Trident fleet and would be leased to the new British government," he added.

All very neat and tidy for the US because some Americans are said to be worried independence would 'weaken the military power of America's staunchest ally'.  I don't agree that there is any 'special relationship' between the US and the UK. The US is well known for looking after its own interests and those of its allies are secondary.


Republican Congressman John J Duncan, who is co-chair of the Friends of Scotland Congressional Caucus, is one of the biggest supporters of Scottish interests in Washington DC.  He can't understand the SNP's opposition to nuclear weapons.

The SNP is currently reviewing its NATO policy and it is expected to decide that an independent Scotland would apply to be a member.
However, the NATO decision, or any others, will not belong solely to the SNP. When Scotland is independent all political parties will be forced to declare their policies and membership of NATO will be just one of them. Scotland could even decide to have a defence force similar to Finland - a non-NATO EU country.

The people should be asked if they want nuclear weapons to reside in their country and the SNP would be sensible if they included a NATO referendum in their independence proposals.

Negotiations between Westminster and Holyrood will be ongoing in the next two years or so, with oil and Faslane being prominent subjects for discussion. I can't see any political party in Scotland bartering North Sea oil, but will Faslane be the bargaining tool?

There's no doubt the Russians and Americans will be keeping a close watch on developments.

If Mr Salmond wants my ‘YES’ vote then the removal of Trident and all nuclear weaponry must come with a cast-iron guarantee.

The sooner we all realise that the ‘good-ol’-US of A’ is no ones friend but her own, the better for everyone.
It may be of strategic importance to the USA to have an outer ring of defence based in ‘Scotch-land’, but it is certainly not in Scotland’s interest.
Let us not now sell our national soul for thirty pieces of American silver.

As for NATO, its day is past. For too long the young men of Scotland have been the cannon fodder for the belligerent whims of politicians.
If politicians wish to wage war then give each of them a gun and tell them to get on with it. We can always elect new politicians.

I thought SubRosa made the point very clearly. If you want rid of Trident, and who doesn't, it will be much easier for you to achieve that objective in an independent Scotland. It is as if you think politics stops in 2014! Salmond cannot tie the hands of a new administration.

If the SNP demanded the Trident fleet leave Faslane Coulport the the Astute class subs would also go to provide jobs in the Southwest of England.
Malcolm Chalmers wrote about this in the Scotsman on Sunday recently.

And American policies will lead us to the promised land?

Lets get Hollywood out of Hollyrood.

Brian, so the imaginary 11,000 human shields (there are about 2,500 people employed at Faslane, if we exclude the mostly-non-Scots uniformed personnel) should be enough for us to change our minds? That would be pretty feeble.

I agree with you JRB. Was trying to find the policies of the other parties but it's all a little vague with them.

I'm reading a novel by Gavin Essler about the UK/US relationship. Think he has it sussed. :)

NATO is past its sell-by date although I don't see it folding. (Just recently a brand new HQ was completed with all the relevant bells and whistles).

Thanks for that link Brian. Breaking up anything has a financial cost and I disagreed with many of Mr Chalmer's points. Scotland doesn't have a defence industry. Scotland is used as an area for the UK defence industry. We could build one of our own of course although that will take time. Other countries have managed it.

The only reason Russia and the US have any interest in Scottish independence is because we keep the nuclear weapons here with the 'rewards' being work for people.

As Angus says below, is it worth 2,500 jobs? Surely, with the skills we possess, we could develop other industries.

We have to be careful and now allow the US to inflict their enormous power upon our government Crinkly. So far the SNP have done a reasonable job. (I'm thinking of the Megrahi business).

I recall when Ken Livingstone first won control of the old Greater London Council. Signs were erected around London and its districts bearing the enlightened words 'LONDON. A NUCLEAR FREE ZONE'

Did it mean that in the event of a nuclear war London would be spared?
Nobody knew...but of course it was just nonsense.

Scotland could go the way of Ireland and become neutral. Then you have the question without the need for the brilliant regiments of old, in such numbers as today...where and what will be the employment prospects in this land of milk and honey?

Has the question of the Isles been settled yet? Are they going to be part of this brave new world or not?

The 'question of the Isles' is one manufactured by the media to foment argument where argument doesn't exist. Its a red herring, nothing more.

The question of the old Scottish regiments is more complex, they had their basis in the highland clearance, a general lack of work and investment in areas of Scotland which meant you people had very little options but service in the armed forces, often as cannon fodder.

People continue to think Scotland would be starting from scratch, its possibly the biggest nonsense in the independence discussion.

And Malcom Chalmers bases his various ideas on false assumptions. That Scotland 'needed' the English navy for protection for the Darien Scheme (for example) is another nonsense, what Scotland needed was to not be blockaded by various English interests, most notably, the English Navy. In a sense, its the same argument being peddled by unionists today; 'you're too poor to be independent' they say when it is they who are making us poor.

Malcolm Chalmers biggest insult is to suggest Scotland wouldn't have produced so many notable people had it not been for the grand generosity, allowance and permission of the Union and its British Establishment overlords, inferring it had nothing to do with Scottish ingenuity or invention.

And no, it won't be a land of milk and honey nor will it be a land of burlap sacks and oatmeal, what ever it is, it'll be ours to control and that is the point.

Seriously, a positive case for union has to be found somewhere...

If Scotland doesn't have a defence industry then neither does England - the QE Class carriers are being built across the UK because we don't have any one yard with the capability. The major modules are being fabricated on the Clyde and final assembly is at Rosyth.

This is just the silly tax payers argument, "I'll pay for health but not defence. I'll pay for primary schooling but not tertiary."

If Scots don't want to die in 'English' wars the answer is simple, don't join up.

I too remember that strapworld. Indeed it could become neutral although I disagree with that for many reasons.

We just have to wait to see what the proposal lays out and that won't be public for a while yet.

Indeed pa_broon there is a serious case for the union and that is taking charge of our own day to day affairs.

Jim, in today's world 'don't join up' is fine, but 20% of conscription in the two world wars came from Scotland.