Scotland's Past. What Is Its Future? 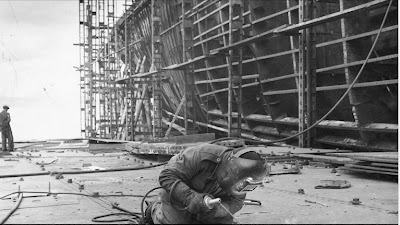 In response to my post this morning, I received an email from George Adam, the content of which Kenneth Roy published in the Scottish Review.

It's worth republishing here for those who don't read the Scottish Review.

I have enjoyed Kenneth Roy's articles on Jimmy Reid. I have often thought of the comparison between Jimmy Reid and Lech Walesa.


How can these two men in similar circumstances end up in such differing situations. Both men held work ins at their respective shipyards.

One man becomes the president of his country the other more or less disappears from the face of the earth.

The one who became a president did so amidst a totalitarian regime where democracy was non existent, his country was subordinate to the USSR a word superpower that, if we are to believe all that we read at the time was a menace to the world never mind poor old Poland, yet this mans country became independent.

You have to ask yourself. What kind of country do we live in, we have more, globally famous people than you could shake a stick at yet it never seams to matter one jot.

Lech Walesa was up against a formidable beast in his own country and the USSR.

What is the nature of the beast that Scotland is up against, is it much worse than what Poland could endure, or what the USSR could inflict on the people of Poland, how much more evil are the forces against Scotland.

I served my apprenticeship in Browns during the time of the QE2, oddly enough during that time one of my journeymen brought a magazine in one day, he had picked it up in America, inside in double spreads were the plans for the upper Clyde. There were no shipyards !!! Housing, marinas and shopping was all that would exist. I always remember him saying to me, 'if you can son get out of this game,' which I duly did.

Thanks for the rant

"What is the nature of the beast that Scotland is up against, is it much worse than what Poland could endure, or what the USSR could inflict on the people of Poland, how much more evil are the forces against Scotland."

Scotland is under a threat worse than the scourge of totalitarian Communism?

Is this what passes for intelligent argument in the Scottish Review? What a joke!

I'm sure George will respond to your comment William.

I sometimes wonder about this and the future of working in financial services in Scotland today.

There may have been some similarities in their circumstances, but the men themselves could not have been further apart (could say they were poles apart) in their background, in their thinking and in their politics.

Lech Wałęsa stood firmly against communism; Jimmy Reid was a committed communist activist and stood as a communist candidate at election.