Craig Murray to Stand Down 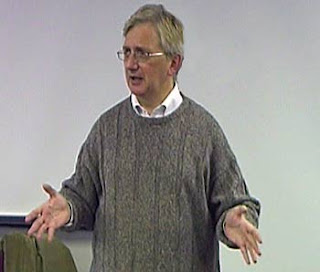 Craig Murray, better known to most as a former ambassador to Uzbekistan and now a prominent blogger, is stepping down from his role as Rector of Dundee University, his alma mater, after only one term in office. He was elected rector in 2007.
I know Craig brought an independent mind to the position and never conformed to any party line. This caused clashes with the university management but highlighted the labour party placemen within this centre of learning. He will be sadly missed by many in Dundee who greatly appreciate the dedication, understanding and knowledge he has brought to the post.
Earlier this week it emerged actor Brian Cox has been nominated to stand in next month's election in which he will compete against Green MSP Robin Harper.
Update: Craig is addressing the plenary of the Scottish Independence Convention at the Scottish Parliament next Thursday 4 February at 6.30pm. Details here.
Update: (thanks to Vronsky) Craig has written a thought-provoking post about the law, the Attorney General and the Advocate General. You can read it here.
Tweet
Posted by subrosa at 14:08

Dundee University will be very much the poorer for his standing down - the students were impressed and grateful for his independent and perceptive thinking and actions. To be potentially replaced by a Labour Luvvie or a Tree-hugger makes his departure all the more regrettable.

Wow! Check Craig's latest comment on Scotland's position on the legality of the war in Iraq!

Independent voices like Craig's are quite simply the backbone of this once great Island of ours.

Of course that’s while they’re still able to speak freely!

Only you could say that about the contenders Clarinda, I never could!

I will Vronsky. Do hope you noticed my feeble attempt at defending your reputation btw.

JJ, I'm not sure if Craig found it rather a thankless task fighting against those who are intent upon 'the business' rather than the students. Maybe he will reveal a little at a later date.

He will be missed and a hard act to follow. As Clarinda says he certainly won't be replaced.