How Many Will Tell the Truth? 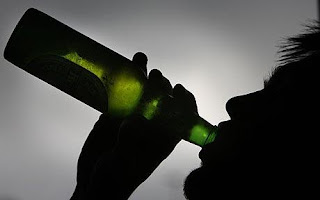 The National Institute for health and Clinical Excellence (NICE) are advising GPs to routinely quiz new patients about their drinking when they join a surgery.
Doctors are also being told to ask patients about how much alcohol they consume when medicines are being reviewed and when they are being treated for minor injuries.
The latest scaremongering information is that one in four people - a total of 10 million - is estimated to be putting their health at risk by drinking more alcohol than the recommended limits. These are the limits which a department of health interdepartmental group of officials had to admit that the limitations of the knowledge on which advice was offered to the public should be recognised.
The co-founder of campaign group Patient Concern said: "GPs seem to have to ask so many things that there is none (no time) left for what you went in about."
This is further step towards an increase in the tax on alcohol. Will a price increase make a difference to the health of those who drink in excess? No. But it will make a difference to the manufacturers' profits and of course the Treasury's coffers.
Hence the guidelines from NICE.
source
Tweet
Posted by subrosa at 09:08

One of the things I used to hate is when I went to my GP he/she spends most of the time lecturing me on my life style. Where I live now the GP gets down to diagnosing my problem and prescribing a treatment. One of the first benefits I found was that my current doctor cured a condition I had suffered from for 20 years within 10 days where as for 20 years various British doctors had failed to diagnose or treat the problem.

Now the UK doctors and their ilk believe that increasing the price of alcohol is the panacea to overindulgence. Absolute nonsense the price is not the root cause it is the falling standards and values within society as a whole a bye product of decadence. Tackle that and not the symptom.

I cannot agree with you that it will improve the Treasury's coffers as like all bans or increases of cost of this nature it will increase crime mostly in the area of smuggling.

Well said Antisthenes. GPs are there to assist with health. Mine knows I fully understand the non-benefits of smoking, so she never mentions it. Time is short enough as each patient gets a maximum of 10 minutes.

There is that, although will police be interested in smugglers? Possibly, knowing the way we police this country these days.

"Absolute nonsense the price is not the root cause it is the falling standards and values within society as a whole a bye product of decadence. Tackle that and not the symptom."
I totally agree. A big irony is that many doctors suffer greater alcohol and related health issues than their patients.

Alcohol is a metabolic poison, so logically should be banned. Tobacco also because it is a known carcinogen.

But look at the tax take and do you
think any Government will be honest
and ban them?

Treat the cause of the disease, not the symptoms.

I've met three in my lifetime OR. One did ask for treatment, the other two didn't. The work of each was affected by their alcohol reliance.

Auch Apogee, you're not going to start being a spoil sport are you? ;)

The first time I am asked, I will baldly state I drink at least 20 pints a night, followed by a bottle of whiskey when I get home, and smoke at least 5 packs of cigarettes a day. The very next time, I will be a teetotaller who has never smoked.

I will then wildly vary from position to position until they get pissed off with the lies, and stop asked stupid questions.

Hi SR
Me? spoilsport? Not at all!

The tax on these is just government profiteering, nothing to do with the problems ,which are self inflicted, for whatever reason!
The problems being agitated about is people "under the influence" harassing other citizens.That is the problem to be addressed, not taking all the booze off the punters, that wont solve anything. But as that might require drastic against the individual causing the problem, It Aint Gonna Happen.
Much more simple to stop everyone drinking, which wont work, but the idea sounds good, looks like something is being done, but, what the hell, we've been there before, the Yanks tried that,they can tell how well it worked .Not.

The recommended limits are of course completely meaningless as they are just arbitrary numbers that were pulled out of some bureaucrat's arse a few years ago.

It's all part of the march of the Puritans, and we ought to find some way of stopping it soon, otherwise we'll be in all sorts of trouble.

NICE as far as I'm aware makes recommendations to the NHS of England and Wales.

The NICE Guideline referring to the management of those suffering knowingly or otherwise from alcohol consumption consists of 295pages of medical evidence. It has been collated by dozens of respected medics with a robust background in the diagnosis and treatment of the countless disorders initiated or exacebated by varying levels of alcohol. To ignore more than a quarter of the UK population,including medics and nurses, - (and remember the toll on their families and dependents) - whose alcohol intake frequently results in such devastating human and material cost would be regarded as medical negligence.

We get very upset at an outbreak of MRSA which may have associated morbidity and mortality but which pales into relative insignificance when compared to the effect on the population, earning potential, crime and family turmoil etc. caused by alcohol abuse. It seems we are only happy to fulminate at the medics when they may be to blame for alleged iatrogenic problems but not when we are to blame for our self-inflicted disorders and then seek medical help - often too late?

I dread to think what latent early deaths are waiting for the current young population, bladdered most nights, whose only medical contact at the moment is the STD clinic, A/E or abortion clinic. Watching a newborn struggle with Foetal Alcohol Syndrome (1:1000 births)knowing it is a permanent physical and mental disorder is a tragedy.

I'm off to think further on the subject as I put a bottle of Sauvignon Hypocrite to cool to wash down tonight's meal - low fat of course!

'The tax on these is just government profiteering, nothing to do with the problems ,which are self inflicted, for whatever reason!'

Yeah? Well I don't wish to be too po-faced, not any more than I am already which is enough, but who judges what is self-inflicted? Does Apogee have an alcoholic in the family by any chance? Usually such vehemence is the result of close personal experience. In most other cases it is the result of pompous ignorance.

Is the alcoholism of some ex-service personnel self-inflicted? Poeple who have been left to their own devices on leaving the services, people who have seen things that they have risked their lives to save the rest of us from dreaming of. Self-inflicted?

I'd be careful Diesel, your GP will be classing you as a multiple personality. :)

We have laws to cope with that though Apogee. Such a shame police are too busy ticking boxes in offices instead of enforcing the law.

If they can't enforce the law then fill the pockets of the already wealthy. That's why Tesco back minimum pricing, not our of any health principle.

Exactly Weekend Yachtsman. I tried to find the statement which was made last year about that by some politician but only managed to find the link I inserted.

That's right Clarinda. We have a similar system here in Scotland though don't we?

I'm not expecting medics to ignore the effects of alcohol by any means. Most GPs know their patients and in my own surgery, for those joining the practice, they are given a brief questionnaire which asks about alcohol intake, smoking, exercise and diet. Sensible in my opinion and saves time during the pressurised consultations.

We've always had a problem with drink here. Since Tony Blair decided we went continental and open all hours, that's when I understand the problems escalated. Wouldn't it be a far better idea to amend the opening hours to see if that helps the situation?

My post was not a rant at GPs, it was a rant at NICE giving GPs more instructions. They'll shortly be full-time box tickers.

The problem isn't just alcohol. Since drugs appeared in this country the intake of alcohol increased. Here in a small town it's the combination of illegal drugs and legal drugs which causes most of the trouble.

Thankfully Tio Pepe is low fat too. :) Wonder when they'll start putting the calorie count on the bottles. :(

Jim you're as aware as I am that alcohol is part of the military culture. Even military medics don't make any attempt to stop the fact that drink plays such an important part in military life. It has done for generations.

I could tell some stories about alcohol and the military as I'm sure anyone who has been connected with it could.

That's true of course. It's the 'self-inflicted' bit that troubles me.

NICE is trying to reduce the burden on the NHS.

So, it tries to 'improve' peoples' health; but, this makes them live longer & put more strain on the.....NHS!

I can understand that Jim. Everything you do in your life is 'self-inflicted'. Every decision.

Perhaps NICE ought to ask the government to reduce licencing hours just to see if there's any improvement Joe. There's been no talk at all about measures like that.

How many WILL tell the truth?

As someone who does not drink, or do any other drugs, I look on all this and laugh. I have watched this problem get worst for years and it is just as bad a problem with the old as it is with the young.

Being in my fifties now I have friends who are pensioners now and eveything that they do in their clubs, outings etc revolves around drink. So much so that my mother stopped going to hers.

You see all the alchoholics at the local shops in the mornings getting their "breakfast" and the vast majority of them are older. I have never seen so many as there is now and what is it going to be like in the future.

All my life I have been told I must be bored or are boring because I didn't drink by people who cannot enjoy themselves or relax without sticking poisonous drugs down their throats. Yes that's right HOW many will tell the truth?

Billy, have you any idea why so many older people are seen to be buying alcohol or do you think they always have done but not so openly?

Have you any solutions to the problem? I've been looking for stats to see how much worse it is since I was young, but haven't found anything of any value.