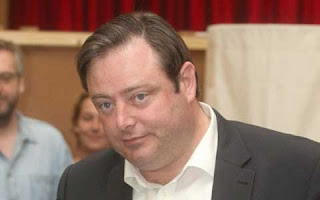 Is it time to wave bye bye to Belgium how that the independence seekers have won a spectacular victory in the country's Dutch-speaking north?
Belgium is a divided country with 40% of the population living in the southern area of Wallonia - where the main language is French - and 60% living in the more prosperous Flemish, Dutch speaking, north.
The capital Brussels is officially a bilingual (but largely francophone) enclave in Flemish territory. The language problem runs deep and there are no significant national political parties because they too follow the language split, so there are both francophone and Flemish versions of liberal, socialist, Christian democrat and green parties. There are no national broadcasters, no national newspapers or magazines.
This weekend saw a national general election in Belgium. To be more accurate there were three elections - one in Wallonia, one in Flanders and a separate vote in Brussels.
The results were a stunning victory for the Flemish separatists of the New Flemish Alliance (NVA) which won about 30% of the vote in Flanders and that leaves them being the biggest party in Parliament. But in the French-speaking region the Socialists (PS) did well and when combined with the Flemish Socialists, they will probably be the largest political group.
So, you could have the possibility of the first French-speaking prime ministers since 1974 (the PS leader Elio di Rupo) having to work with Bart De Wever, leader of the NVA (pictured). With no partners in the French-speaking part of the country, which is deeply opposed to a breakup, the NVA has little room for maneuver.
Belgium's fate is being watched with interest in many parts of Europe, including here in Scotland, Catalonia and Northern Italy but a much wider audience will be considering the impact of the European Union if the country that hosts its headquarters cannot stay together.
Belgium also has serious economic difficulties. Some say it has the third largest debt-to-national-output ratio in Europe, behind Greece and Italy.
I've been with friends from Liege today and naturally they're shocked that 'separatists' are the biggest party. During our conversation one insisted Brussels was the capital of Europe and she was exceptionally proud of that. I tried, in my pathetic French, to explain that Brussels was an artificially created capital (since the 50s) purely for EU purposes but she'd have none of it.
Interesting times in Belgium for the Scots.
Tweet
Posted by subrosa at 20:29

There is a certain consensus of thought that insists that there's no such place as Belgium, merely two districs of South Netherlands and North France with pretensions of grandeur.

Indeed QM, but the stronger consensus insists there is a Belgium. Therein lies the problem.

So will Brussels go the way of Bonn following German reunification if Belgium fails and the EU disintegrates?

That is a difficult question to answer banned.

From my conversation with the French speaking Belgiums they will do everything to ensure Brussels stays the capital of Europe. It's mainly French speaking there and the EU being based there has brought much wealth to the country. Where the money's gone they don't know.

I met a chap who had owned a restaurant in Brussels; although it allowed him to retire early he was disgusted at the way that MEPs and Officials took turn to wine and dine each other on Expenses, he particularly mentioned Neil and Gladys (?) Kinnock.

No surprises there then banned are there? Mind you, it's good to know someone made a decent living from their largesse, or should that be extravagance.