It's A Developer's World 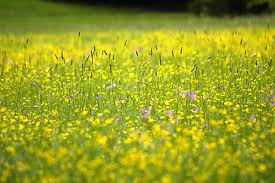 The very mention of developers building on green field sites can stir the most placid of us into rowdy protesters; that is if the green field borders your own property.

Researchers at the independent House of Commons library have discovered the UK government has no intention of preserving England's green belt from 'sustainable development' even though ministers have insisted that the framework provides clear protections for the 13% of land which is officially designated as green belt.

The report notes that the section of the framework setting out the legal presumption makes no mention of the green belt and contains only a narrow exception for sites protected by the Birds and Habitats directives.

The Daily Telegraph has launched the Hands Off Our Land campaign to urge ministers to think again.

I would like to think the campaign would have some success but it's extremely doubtful. Of course the usual 'consultations' and public meetings will be held to satisfy the legal aspects of new developments, but they are purely PR and mean nothing. Councils will bend over backwards to please developers if it means they will reach their targets for 'social housing'.

For the past couple of years I've been involved in trying to save a local field which, only 20 years ago, was again refused planning permission because it was home to one of Scotland's biggest red squirrel populations and also a large community of bats. Enter a property developer and, before we noticed, they had received planning consent for a large estate of 80+ homes.  The first of these homes is now wind and water-tight and will cost an average of £270,000.

If there was a necessity for expensive homes in this rural area I doubt if many of us would have complained or fought so long and hard to keep the field, but there are two other large developments less than half a mile away and five years later they are still nowhere near completion. The prices of the properties are well above what local people can afford.

Why therefore are developers being allowed to build on green field sites when it's well known that there is no local demand for their product in the short to medium term?  Theories abound here with most involving the word 'money' - speaking of which the Herald reports changes to the council planning system have left a multimillion pound black hole in council finances. What a mess.
Tweet
Posted by subrosa at 19:53

"The very mention of developers building on green field sites can stir the most placid of us into rowdy protesters; that is if the green field borders your own property."

And the irony is lost on them, that once, their abode was a 'new development'.

SR -word down here is the developers have topped up the coffers of the Conservative party.

Sadly, it seems they - the Conservatives - have no initiatives to get the economy moving beyond reverting to the old and failed systems based on financial welfare for the speculators.

I had hoped Scotland would keep clear of such drudgery.

I would mind a lot less if they built houses that fitted the building and social traditions of the area.
Round where I live, an old english village, new houses are the same style of modern executive brick/tile houses as built in town estates.
By contrast, a stunning new house has recently been built at the end of the road where a french friend lives in Normandy using traditional timber framing. It'll be modern inside but externally it is almost indistinguishable from those nearby dating back hundreds of years. Why can't we do that? It would cancel most of the objections.

There is a desperate need for new housing in the South of England. But I don't particularly want to see that met by property developers who are just trying to re-inflate the housing bubble that got us into so much trouble. I would prefer to see Housing Associations being given grants & loans to build decent housing, appropriate to the environment they are in, for low cost sale or rent. As they are run by committees of local people there is an in built democracy there so any new housing should not be seen as an imposition (well that's the theory anyway).

There is as much chance of the Tories doing that as of them flying thrugh the air going oink oink.

I was amused to read that Donald Trump the American tycoon who is building his luxury golf and hotel complex at Aberdeen Bay, for the international super-rich jet-set, has sent a formal planning objection directly to Alex Salmond against a proposed offshore wind farm development which would be visible from his luxury development.

Mr Trump describes the proposed development as "disastrous and environmentally irresponsible", and that it would be "destroying and distorting Aberdeen's magnificent coastline".

Strange that, for "disastrous and environmentally irresponsible", and that it would be "destroying and distorting Aberdeen's magnificent coastline" – is exactly what the local population said about Mr Trump’s development.

A touch of hypocrisy on Mr Trumps part when it cimes to planning proposals, me thinks.

I own a field with my brother in the village down the road and would happily take those houses.
Unfortunately Harrogate Borough Council says it might only accept 'affordable housing' on the site.
But the villagers don't want such people who would live in such houses spoiling the village.
Trouble is, no-one seems to mention the reason why we need all these new houses.
It is Liarbore's policy of mass immigration, something the Tories are finding too hard to overcome, despite election promises.
If only the National Trust, the Council for the Protection of Rural England and their Scottish equivalents had spoken out against immigration earlier.
But they have left it too late.
The villian is not the developers who are trying to solve the housing crisis but Brown and Blair for letting in millions of immigrants.

Erm, round here Joe the abodes were new 'developments' in the mid 1800s. All have been treated with much loving care by various owners over the years. The architecture of the new development here is not suited to the area but then it would cost far too much to build in stone rather than stick up boxes.

Crinkly, that doesn't surprise me in the least.

Exactly Woodsy - see my comment to Joe. It can be done but it would be much more expensive and profit is all.

Observer, I looked into (for a family friend) new social housing built here a few years ago. The cost I thought was excessive for what the homes were. No garages (green you see) so all cars sit on the very short driveways or the street. The space between the homes was less than 10 feet.

Ah, yes Mr Trump JRB. I'll try to remember to include his hypocrisy on my next post about windmills.

Fairfax, there is no housing crisis here in rural Perthshire. The only reason these developments are permitted is so as Perth and Kinross Council can tick the box to say they've achieved their allocation of social housing.

The new development here should have had 25% social housing but the housing association which was given the allocation doesn't have the funds to start the project. We're awaiting further news of that but the developer is still going ahead with his plans. They should have been halted until this is sorted out.

Yes I understand your problems are quite different down south where housing seems to be more and more in demand, partly for the reasons you mention.

"Theories abound here with most involving the word 'money'"

Many years ago, when the "Greenfield" site over the road from us was being developed, a plan was put it for a damn great nursing home directly opposite. Why they couldn't have put some bungalows there instead I don't know.
>
>
>
>
Except I well remember seeing the applicant taking a local councillor round the site beforehand!

Strange you should say that Dave. Also this development isn't for those who can't afford to buy when prices start from £185,000.

Sorry if that sounded a bit cynical - but I have no doubt whatsoever that "behind the scenes" deals are part & parcel of most planning processes.

As others have commented, if the actual developments were more sympathetic to the surroundings, then objections would be far less likely.

In our case we have a hideous great building partially blocking morning sunlight, when it could very easily have been put a bit further back in a natural dip. Some bungalows (sheltered homes perhaps?) on the edge of the estate would have been much less obtrusive...

Nothing to apologise for Dave. I completely understand what you mean. What infuriates many here is the months of work some put in to plead their case and it was all ignored and voted through by councillors who live many miles away.

The difference between the Trump golf course and the windfarms is the lack of hypocracy. Trump is not part of a set up wherby every homowner is obliged by law to pay extra on their energy bill so they can be subsidised. In fact if Trumps plan is the economic failure so many "experts" predict, then the site will convert back to dunes & maram grass very soon, all without me being forced to give him money.

Good point Ness and a valid one.